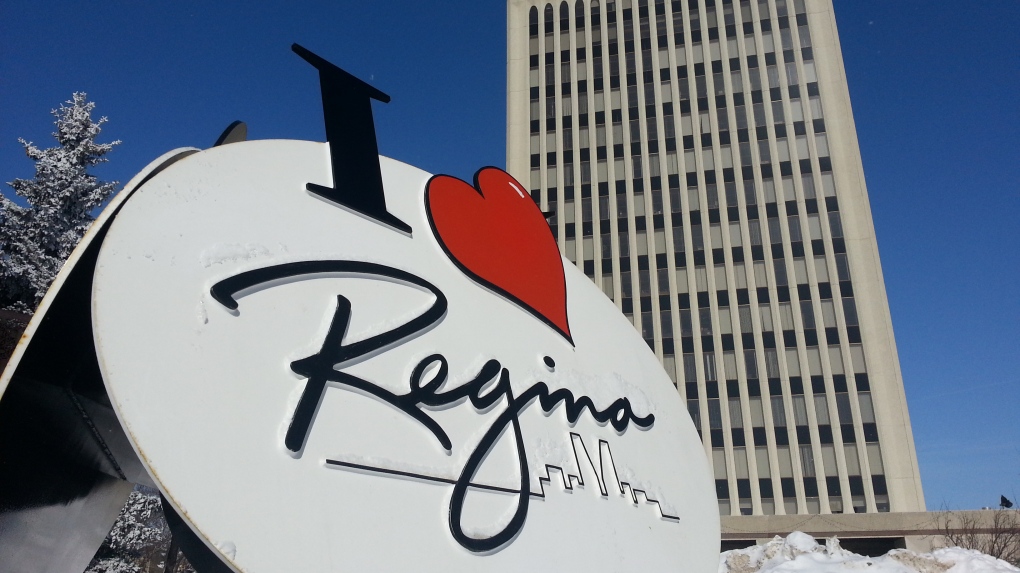 Regina City Hall can be seen in this CTV file photo.

Regina city councillor Dan LeBlanc showed up to the Court at King’s Bench Tuesday morning to set a date to make his case against the city’s manager.

LeBlanc, along with Coun. Andrew Stevens and local advocate Florence Stratton, filed a court application against city manager Niki Anderson for not including full operational funding to end homelessness in the proposed budget for 2023.

Upon learning that there would be no judges available for court sittings next week, LeBlanc asked to be moved to the foot of the list in the preliminary civil court chambers, so he could confer with the opposition for an appropriate date.

LeBlanc originally told reporters outside the court he was hoping to get a date for the legal proceedings set for late this week, as being pushed to the week of the 12th would not give a judge much time, since budget deliberations begin Dec. 14.

At 2 p.m. Justice Krogan heard a telephone agreement by both parties to adjourn to the week of Dec. 12.

LeBlanc did however ask that if possible, they would have their appearance in special chambers for Dec. 12 or 13.

Krogan had to adjourn the hearing for regular chambers on Dec. 13, since no judge was available earlier.

Affidavits and any written arguments are to be submitted by Wednesday, Dec. 7th for both parties, and any replies by Dec. 9th.

As the acting lawyer in the proceedings, LeBlanc said this case is first and foremost a defence of democracy.

“The main reason is council gave direction on what staff were meant to do, staff expressly refused to include that money in the budget, I think that’s bad for democracy and we need to stand up for that,” Leblanc said Tuesday morning outside the Court of King’s Bench.

“The second, more practical reason is simply, money that is in a draft budget is more likely to stay there than money that’s not.”

LeBlanc said he is passionate about the homelessness issue in Regina, and believes his fellow councillors are as well.

He said that is why they all voted in favour of putting the money in the draft budget back in June.

Last week, Mayor Masters spoke on that vote, saying that she, and many of the councillors interpreted the vote as approval of looking for the numbers to be included in the budget book, which she said they are, and debating the budget.

The mayor added that she believed legal action to be unnecessary saying, “If you’re asking me as the head of council, it would be clearly a court application and a matter of court. If you’re asking me personally, I think it’s disgusting.”

Regarding the mayor’s response, LeBlanc said he was taken aback.

“I was surprised by it, frankly, it’s actually quite a narrow technical originating application in court, it’s about the office of city management rather than the individual who holds that office.”

“So I was surprised by the almost moral revision at the idea that we would go to court to try and get folks in houses. It is surprising to me to see people more upset about a lawsuit than about our neighbours freezing to death on the street,” he added.

On Nov. 24, the City of Regina said it would not comment further on the matter while it is before the courts.

A family in the remote First Nation community in Peawanuck, Ont., is dealing not only with the death of their young daughter, but the loss of everything they owned in a Jan. 28 house fire.

Two monkeys were taken from the Dallas Zoo on Monday, police said, the latest in a string of odd incidents at the attraction being investigated -- including fences being cut and the suspicious death of an endangered vulture in the past few weeks.

As the B.C. government decriminalizes small amounts of hard drugs, critics note there are still not enough treatment resources for the users seeking them.

A Russian company said it will offer five million roubles (US$72,000) in cash to the first soldiers who destroy or capture western-made tanks in Ukraine, after the Kremlin vowed Russian forces would wipe out any Western tanks shipped to Ukraine.

A young Black woman who resisted her own enslavement in Queenston, Upper Canada, in the late 18th century is being honoured by Canada Post.

Driver in California cliff crash that injured 4 is charged

The driver of a car that plunged off a treacherous cliff in northern California, seriously injuring himself, his wife and their two young children, was charged Monday with attempted murder.