REGINA -- As COVID-19 continues to shut down sporting events across the globe, a former Roughriders’ CEO says it could be the greatest threat the CFL has ever faced.

The league almost went bankrupt in the 1990s. Hopson, a hall of famer, says the global pandemic might have more serious repercussions.

“This one is just so big beyond the Riders. The government, the community and the City are trying to deal with so many other challenges,” Hopson said.

On Thursday, CFL Commissioner Randy Ambrosie said the 2020 CFL season will likely be cancelled amid the pandemic.

The Riders posted profits in four of the last five years, according to their financial statements from 2018-19. However if the 2020 season is shortened or cancelled, major revenue sources like gate receipts, sponsorships and concessions would be significantly reduced.

“The Riders were in pretty good shape going into 2020, but certainly a year without revenue would eat up a lot of what has been put away,” Hopson said.

The City of Regina is also still paying off Mosaic Stadium. The City owes the province around $93 million, to be paid off over the next 27 years. A $12 ticket surcharge from each event at Mosaic Stadium generates roughly $3.3 million per year. But with indefinite limits on large gatherings, it’s unclear how that will be paid back in 2020. 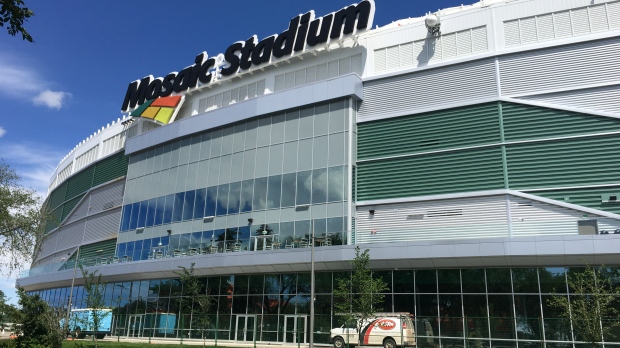 Mayor Michael Fougere is aware of the loan payment, but says the conversation of how the City will repay it hasn’t been discussed.

“We’ll have that conversation, again it’s too early to say that right now, our administrations’ looking at that in talking with the Riders, with REAL sports and seeing what we can do,” he said.

“We haven’t had conversations with the City of Regina specific to the repayment of the stadium,” Premier Scott Moe said. “We’ll have those conversations as the days progress.”

Since the deal stretches into the future, Hopson figures delaying payment for one year “would not be a huge challenge.”

“But it’s getting through this year and then having the revenues to start up next year if the season is totally cancelled,” he said.

Financial statements for this year will likely be released before the end of May.

“We did have significant reserves built up over the years,” Hopson said. “A lot of money went into the setting up of the stadium ($25 million), the football operations and the business operations.”

The Riders did not respond to CTV News’ request for comment on Friday.

Moe says the club has been involved in discussions with the federal government and federal Minister of Infrastructure and Communities Catherine McKenna on resources that might be required for a modified season.

Fougere said he hasn’t spoken to Ottawa about support, but believes “federal assistance is warranted.”