Crews fight cold along with fire near Regina dump 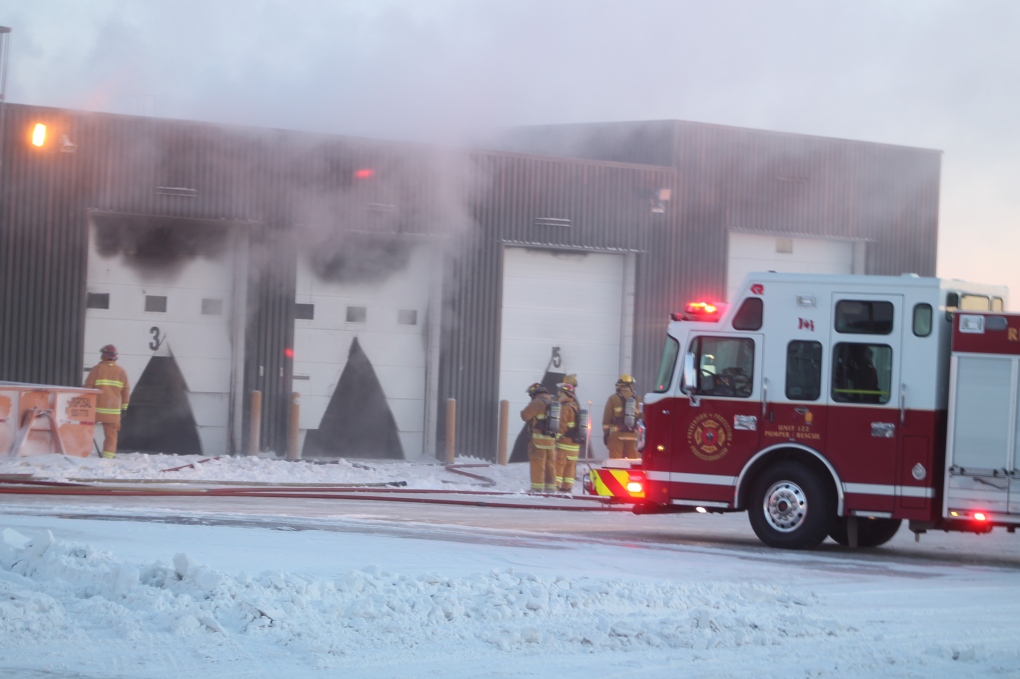 Firefighters attend to a blaze at K & D Truck Parts, just north of the Regina landfill, on Monday morning.

Firefighters had to battle frigid temperatures along with smoke and flames after a semi-trailer caught fire inside a business just north of the Regina landfill.

The blaze broke out at K & D Truck Parts on Fleet Street shortly after 7 a.m. Monday.

Deputy fire chief Gerard Kay said a semi-trailer was on fire inside one of the service bays when crews arrived.

“They quickly got the fire under control,” Kay said. “Unfortunately, the fire did get into the roof system, so they had a secondary firefight afterwards to get the fire out on the roof.”

Kay said it took about 45 minutes to get the fire under control, due to wind chills below -40C and a lack of water access at the site.

No one was hurt, but the fire destroyed at least one truck and caused extensive damage to part of the building.

The cause of the fire is under investigation.