The segment originated 27 years ago as a platform to amplify Indigenous and Metis voices in Saskatchewan.

“If we can teach people who we are as Indigenous people in this country, that's good,” Nelson Bird, a former host of Indigenous Circle, said.

“You know it's not great what's happening in some race relations in the world, but at least we are providing a tool for people to understand our culture, accept us for who we are, because we're not going anywhere."

The first segment of Indigenous Circle on CTV National News with Lisa LaFlamme will air on Wednesday night.

“Nelson and now Creeson [Agecoutay] have just been so open and helpful to those of us who really want to better reflect the country that we live in and tell these stories,” Lisa LaFlamme, CTV National News’ Chief News Anchor and Senior Editor, said.

We are proud to introduce Indigenous Circle on tonight's @CTVNationalNews

Our reporter @CreesonCTV explains a little bit more about what to expect. pic.twitter.com/nyoux74reZ

Creeson Agecoutay, the current host of Indigenous Circle, said it is fitting the first national segment will launch on Orange Shirt Day.

“It runs parallel with our mission of bridging gaps and bringing all nations together and educating people about Indigenous people, it’s perfect,” Agecoutay said.

Bird took over as host in 1998 and produced the show for 15 years. Agecoutay succeeded Bird, taking the reins in 2013. 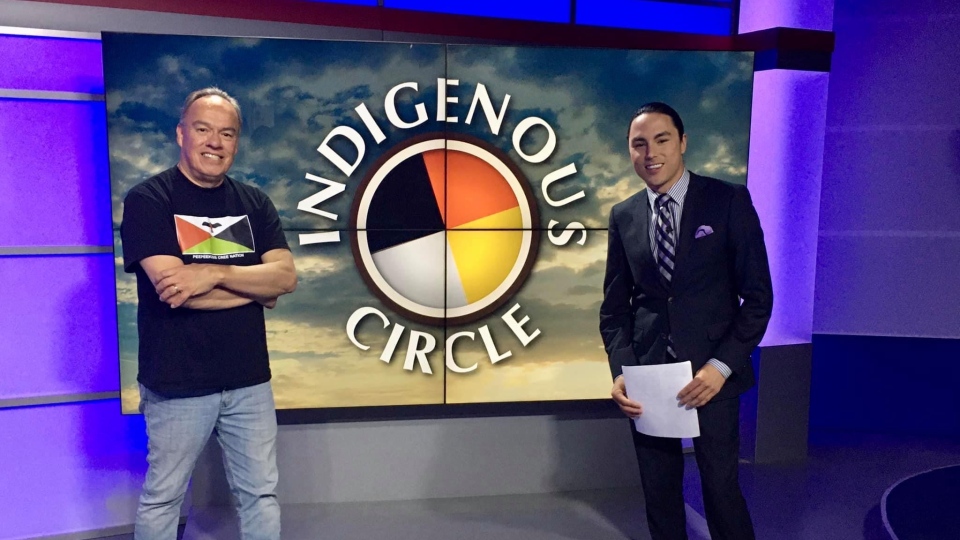 “Seeing [Bird] on TV, another Indigenous person doing that job, that really sparked interest in me for following this path and following this career.”

In 2018, the half hour show was cancelled and became a weekly segment on the CTV News Regina and Saskatoon weekend news.

Bird said it is hard to describe what its like to see this show and segment elevated to the national stage.

“The basic mission was to bridge gaps among Indigenous and non-Indigenous people,” Bird said

“We've done that for a long time, but now to put it on this national stage is so needed right now in this country, in North America but in Canada too, with race relations being what they are. I think this is a really positive step towards reconciliation.”