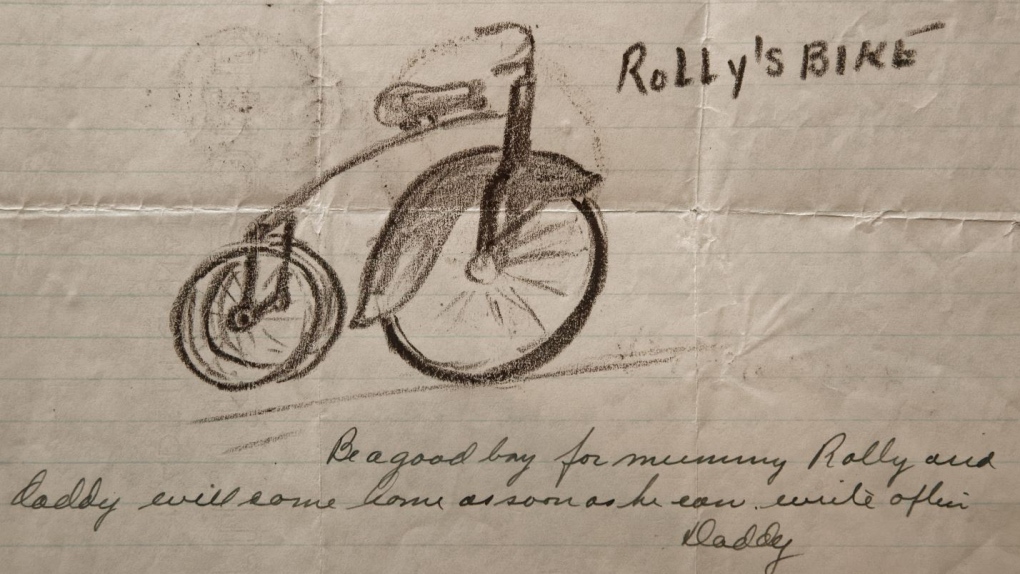 "Be a good boy for mummy Rolly and daddy will come home as soon as he can. Write often."

REGINA -- The story of Clarence Bourassa, a World War II soldier from Saskatchewan, was highlighted in a special performance by the Side By Side Quartet on Remembrance Day.

Lest We Forget: Songs From the War Years featured music by the quartet along with the reading of a letter Bourassa sent to his family while he was overseas. 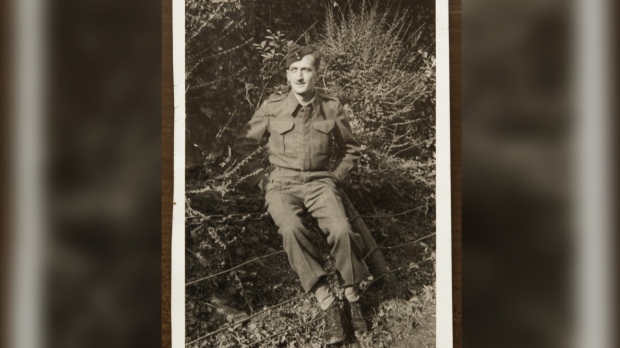 Bourassa served in the South Saskatchewan Regiment from 1939 to 1944. During that time, he wrote many letters to his wife, Hazel, and his two sons, Rollie and Murray. Those letters may have never seen the light of day if it weren't for Rollie.

He said they were cleaning out his mother's house in Moose Jaw when they found a box in one of the back rooms.

“And I said what's this? And she said, ‘oh that's just a bunch of and stuff. Just throw it out,’” he said. ”I took it home and opened it and here bundled in this box was every letter he had sent back home from overseas. When I read these letters I couldn't believe my mother had just put them in a corner and left them.”

The letter featured in the show recounted how Bourassa got injured during a battle in Dieppe, France.

“We didn't hear anything about him,” Rollie said. “We had the telegram he was missing in action… we never heard anything. Then all of a sudden we got the one that he was in hospital. He'd been wounded…shrapnel wounds. And a couple months later we finally got a letter and he had written two, three pages of what happened, and what happened to him.”

“Clarence was shot by machine gun bullets when he was at Dieppe,” said Carolyn Speirs, a member of the quartet. “He had to swim out into the ocean for two hours before he got picked up on a ship. So we're sharing his account of that escape from Dieppe.”

Bourassa said his father loved to swim, which he thinks helped him survive in the water, wounded and weighed down with equipment.

Rollie was no more than five years old when he found out his father had died later on in a D-Day invasion in France. The family was living in La Fleche at the time. He says he remembers the moment distinctly.

“The railroad station agent was the telegraph also. So whenever you saw him coming down the street walking with an envelope in his hand you kind of held your breath,” said Bourassa. “He came to our place with the envelope and my mother opened it and he was killed in action… all the sudden I was man of the house.”

Later that night, Bourassa said his family went to see The Fighting Sullivans at the movie theatre.

“It's an American one about four brothers who went overseas and they're all killed,” he said. “That's the first time I think I really broke down. I started crying ‘I want my daddy.’”’

Bourassa thought the letters made a great story, so he put them all together and wrote a book called “One Family's War.” It was released in 2010 and has sold out both first and second editions.

For the Side By Side Quartet, singing songs from the war years can evoke more pleasant memories.

“We really love singing the music from these eras but we also find it so very meaningful,” Speirs said. People like Rollie have told us how meaningful this music is to him. He lived through these times at home in Saskatchewan, so we've really enjoyed singing this music. It's beautiful music but it’s also so meaningful for the people who lived in this time.”