McKay is charged in the 2017 death of his wife, Jenny. 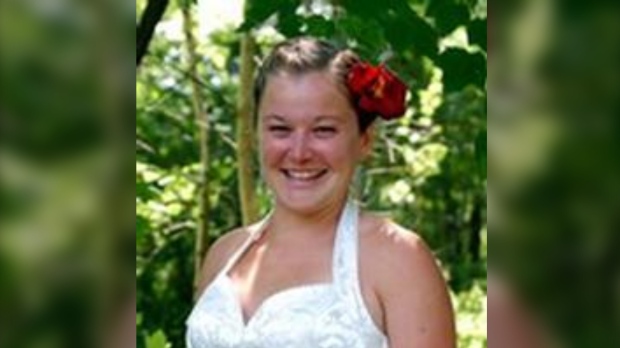 McKay’s lawyer, Thomas Hynes, said his focus is on the “thought process, or lack thereof, that lead to Jenny’s death.”

He called Jenny’s death a tragedy.

In order to find him guilty, the crown must prove beyond a reasonable doubt that Jason McKay committed an unlawful act, that the unlawful act caused the death and that Jason had the intent required.

“There’s no question that he committed an unlawful act,” Hynes told the judge.

Rage is not a defense to murder, Hynes says. He says intoxication, mental health and a number of factors can impact intent. #yqr

Hynes pointed to evidence of a struggle between Jenny and Jason. He cited bruises on Jenny’s knuckles and Jason’s ripped shirt. The defense submits that Jason had no appreciation for the consequences of his actions given his impairment via medication and alcohol.

To prove the intent required, the Crown must prove that Jason McKay acted with the intention to kill Jenny, or harm her in a way that would likely result in death.

Hynes suggested Jason became enraged with Jenny and killed her “quickly”, then passed out. Hynes speculated that when Jason awoke he realized she was dead. In shock, he watched her for two hours and took photos of the body.

Hynes says Jason made many comments “out of shock” to police that he did kill Jenny. Hynes says what those utterances don’t prove is intent. #yqr

“Jason McKay must have been so low functioning, so bizarre in terms of behaviour and sequence that there has to be a doubt as to specific intent,” Hynes said.

Hynes is asking for manslaughter. Judge asks for clarification because last weeks expert witness, Dr. Richardson, said Jason’s BAC was not high enough to cause amnesia. Hynes explains that amnesia can occur at any time with Sertraline and that chance increases with alcohol.

Crown Prosecutor Adam Breker said that this case is a simple one.

Breker said Jason aimed to “confuse, distort and distract” with his evidence, and that the defense is asking the judge to ignore Jason’s testimony in favour of the events Hynes presented on Monday.

Breker says the Crown’s evidence calls for a conviction of murder as opposed to manslaughter.

Breker recalled evidence that Jason was advised not to consume alcohol while taking the antidepressant Sertraline, however he was drinking “more than ever”.

“His willingness to threaten her and show destain for her in the back of a police car is alarming,” Breker said. He’s reciting several quotes from Jason that were recorded in the police cruiser on Aug. 27 including “I’ll smash [Jenny’s] head in”.

Bruising around Jenny’s face and head suggest blows from something other than a knife, the Crown said. Breker suggested multiple knives were used in the killing. “The person who did this act, Jason McKay could only have intended one thing.”

Multiple knives were found, broken, at the scene.

Jenny had defensive wounds on one hand, and hair grasped in both hands. Crown submits that she was likely pinned to the ground by Jason. Crown also submits that Jason stopped twice to switch knives as broken knives were found at the scene. #yqr

Breker said Jason paused to take photos of the body before carrying on, as the body was not as police found it in the photos on Jason’s phone.

Breker recited many statements made by Jason after his arrest. One of the things he said following Jenny’s death was “it’ll be the last time she f**ks with me”. Breker says Jason recalled with clarity the precise location of his medication at home on the morning of Sept. 6.

Breker said there is no evidence, medical or otherwise, to support the claims made by Jason on the stand.

“This can and should be rejected as a guilty minded man saying whatever he can to get this thing down to manslaughter.”

A verdict is expected on Friday afternoon.