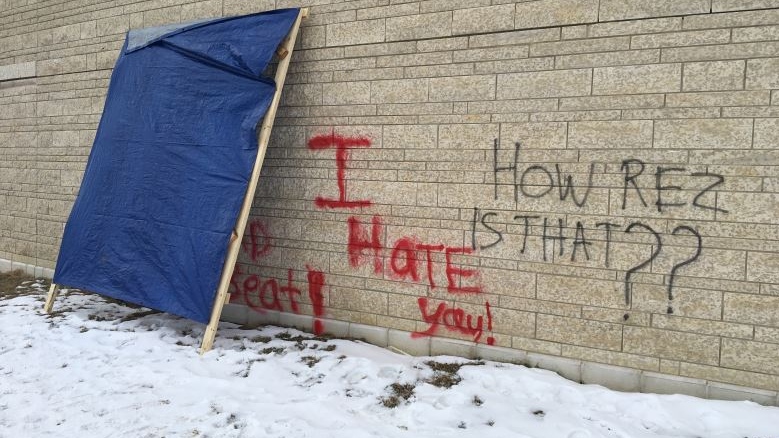 Graffiti was found on the First Nations University on Friday.

REGINA -- Regina police are investigating after the First Nations University of Canada (FNUC) was vandalized.

Around 8 a.m. Friday morning police received a report of graffiti, and information given to police suggests the vandalism occurred sometime in the early morning hours.

Bonnie Rockthunder with the FNU said she noticed the graffiti when she came to work this morning.

“We made sure police were called and wanted to make sure that staff and students were aware, to deal with it as immediately as we could,” Rockthunder said.

“When I came to school and saw that it was a little bit disheartening,” Daylyn Morin said.

“It’s disrespectful to the community, it’s been [felt] by the whole community,” Farley Sparvier said.