'Doesn't mean it's the end:' Supporters reflect as Walking with our Angels site comes to a close

On Sunday, supporters gathered on the west lawn of Regina’s legislative grounds for a feast to honour the work of the 24-year-old Metis fiddler.

The final stage of the grieving ceremony, aimed to draw attention to the need for suicide prevention, saw Durocher and friend Harmony King walk to the steps of the Legislative Building along with a crowd and a bagpiper. 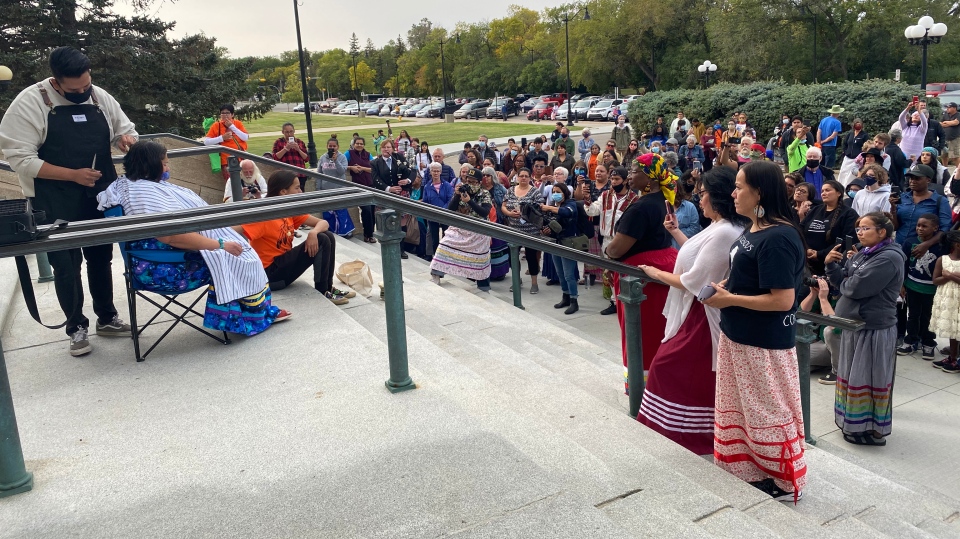 Durocher and King had their braids cut off by a barber.

They then tied the braids together and tied them into the shape of a noose, which was placed on the door handles of the Legislative Building.

The noose was then burned back at the tipi in the ceremonial fire.

“The burning of it symbolize that we are done allowing our state halls of power to have heartlessness contempt and let-it-burn policies when it comes to the lethal realities taking place on Indigenous communities across the province,” explained Durocher.

The journey began with a 635 kilometre walk from the Air Ronge Cemetery. It initially included a protest in response to the provincial government's refusal to pass a suicide prevention strategy bill.

The government said the camp was a violation of local bylaws and the Provincial Capital Commission served Durocher with bylaw infringement notices. 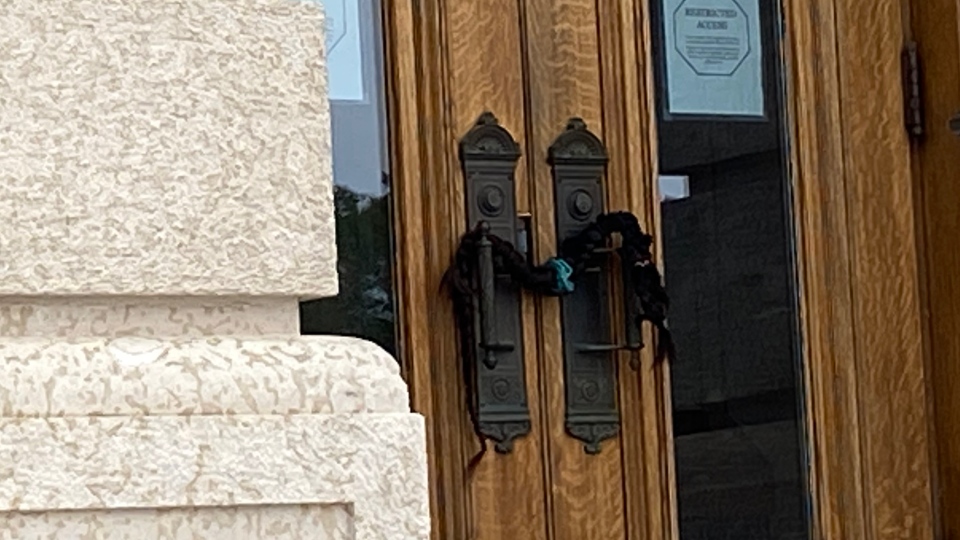 The braids were tied on to the legislature doors, then burned. (Morgan Campbell/CTV Regina)

Last week, a judge ruled those bylaws were an infringement of Durocher’s charter rights to freedom of religion and expression.

The judge said the Provincial Capital Commission should redraft its bylaws.

“I’m curious whether they're actually going to invite an Indigenous person to be a part of the process,” said Brenda Dubois, who visited Durocher’s camp daily to offer blessings and support.

“What we keep on telling people is if what you're doing is moving the calls to action, you haven't done the principles. You just got on the train. There's no tracks. One of the principles is the tearing down of colonial and archaic structures,” she said.

Reflecting on the 28-day walk and 44-day fast, Durocher said the families who have lost loved ones to suicide kept him going.

“People who have lost people that are close to them, sometimes more than I can count on two hands, they pushed me forward because their strength, their resilience and their capacity for courage and bravery eclipses whatever I've just done,” he explained. 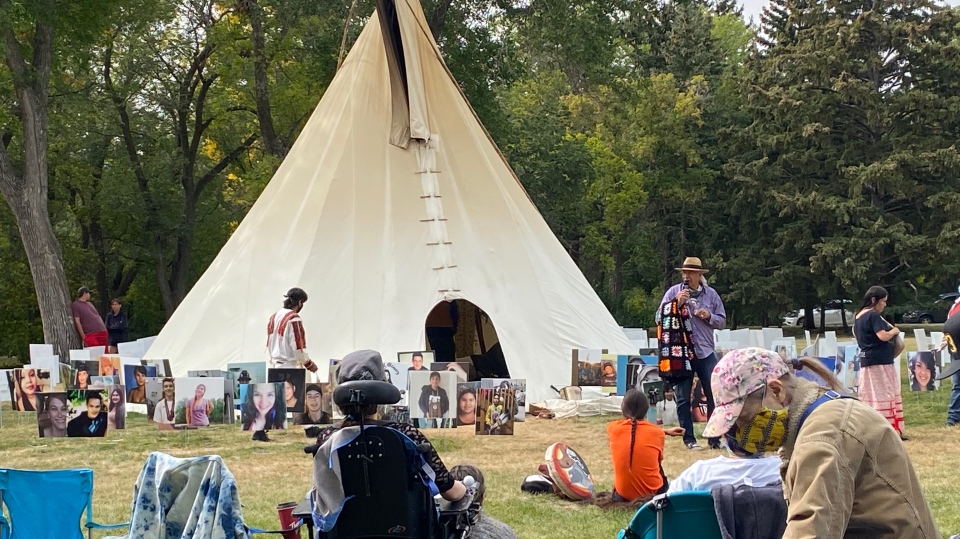 Many people gathered at the legislature grounds for the final day of the ceremony. (Morgan Campbell/CTV News)

With fast and ceremony now complete, Durocher said he will go back home, but his presence has left its mark.

“Getting to know people, new people, getting to know Tristen. Seeing everybody come together. It's definitely life changing to be a part of this,” reflected Jayda Delorme, a young Indigenous woman who spent time at the camp.

“Taking down the tipi doesn't mean it's the end of ceremony. Our prayers, our people coming together, we're still here, using our voices,” she said.

Robert Kennedy, another young person who attended the ceremony, said Durocher’s efforts have been heartwarming.

“I guess it's heartbreaking almost, because over the past few days I didn't want it to be over,” he said.

Durocher said he came to the legislature grounds to show young people how strong they are.

Looking back on the experience, Brenda Dubois said she sees the lasting impact of Durocher’s message.

The tipi will be taken back to La Ronge, and work on suicide prevention will continue.

Photos in the photo gallery will be returned to people who shared pictures of their loved ones who died by suicide.