REGINA -- The Regina Humane Society is one step closer to building a $20 million, state of the art facility to replace its aging building north of the city near Highway 6.

“We think of ourselves as a temporary home for animals on their way to their new homes and really that’s what those spaces should feel like,” said Lisa Koch, the humane society’s executive director. “We’re happy to report the new facility is going to reflect that.”

The facility is planned to be built at 4900 Parliament Ave. in Regina’s Harbour Landing neighbourhood and will cover approximately 38,000 square feet.

Mayor Michael Fougere noted some of the issues at the current facility while calling the Animal Community Centre a “wonderful proposal”.

“The Humane Society is really in a building that’s falling apart. It literally is,” Fougere said. “They aren’t able to do the programming they want and actually treat the animals the way they should be treated.”

From an animal care perspective, Koch said a major factor in the need for a new building is biosecurity to help keep animals healthy.

“Anyone who has been to our facility recognizes the challenge that that presents in a 50-year old facility that was built with donated materials and volunteers,” Koch explained. “It’s very expensive and it’s very inefficient for us to continue to maintain the biosecurity that’s needed to care for the animals. That is going to be a real game-changer in a new facility.”

The aging facility is also holding back the expansion of the humane society’s other programming in the community.

“Pet assisted therapy in long term care facilities, humane education for children, programs for people with disabilities and seniors and really this space is limiting all of those programs and we see potential for tremendous growth,” Koch said.

Another perk of the Animal Community Centre is better accessibility for the public, in turn allowing more people to interact with the animals.

“The whole concept of an Animal Community Centre is something that has been our dream as an organization because you can’t have animals without people,” said Koch. “This facility is a testament to that.”

The project is expected to cost around $20 million and the Regina Humane Society hopes to be moved into the facility sometime within the next two to three years. 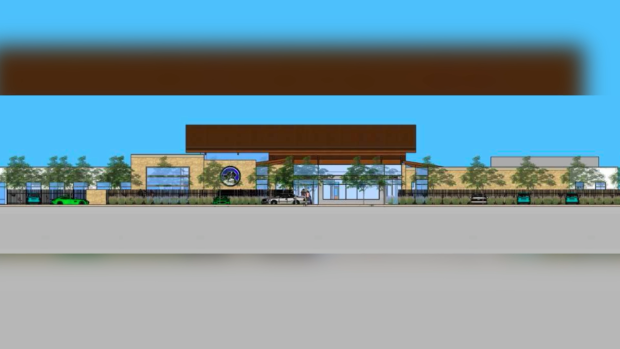 A more detailed look of what the final product could look like is expected sometime in the fall.