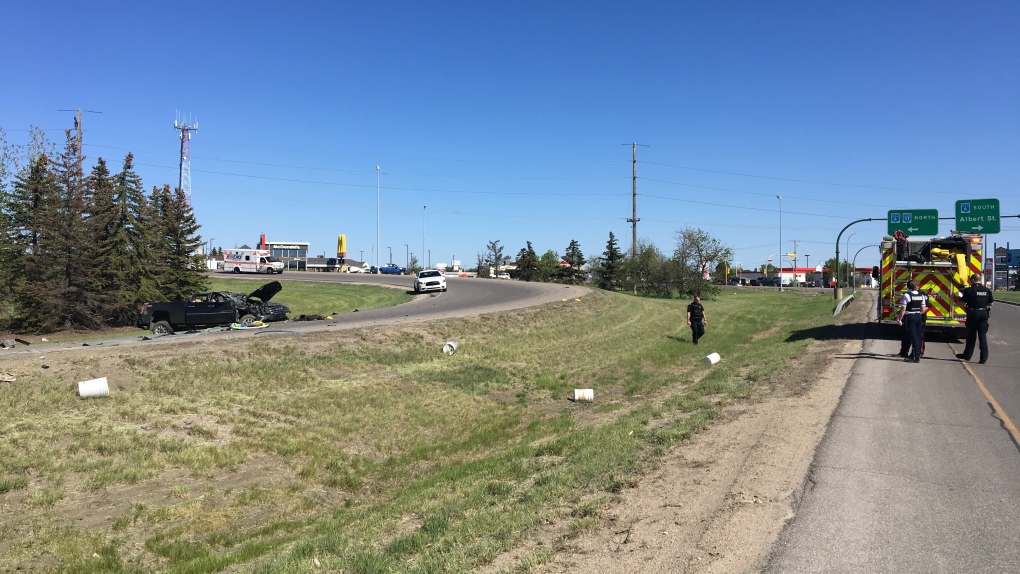 REGINA -- A man is in hospital with what police describe as “life-threatening” injuries after he was ejected from his vehicle in a rollover on Ring Road on Monday afternoon.

Officers were called to a crash at the off-ramp to Albert Street North around 3:30 p.m. Police say they believe the driver was speeding and flipped their vehicle, rolling it into the grass near the ramp.

Police say several people were standing around the 27-year-old man driving the vehicle, who had been ejected. The man was taken to hospital by EMS and police closed the road for their investigation.

The driver remains in hospital.