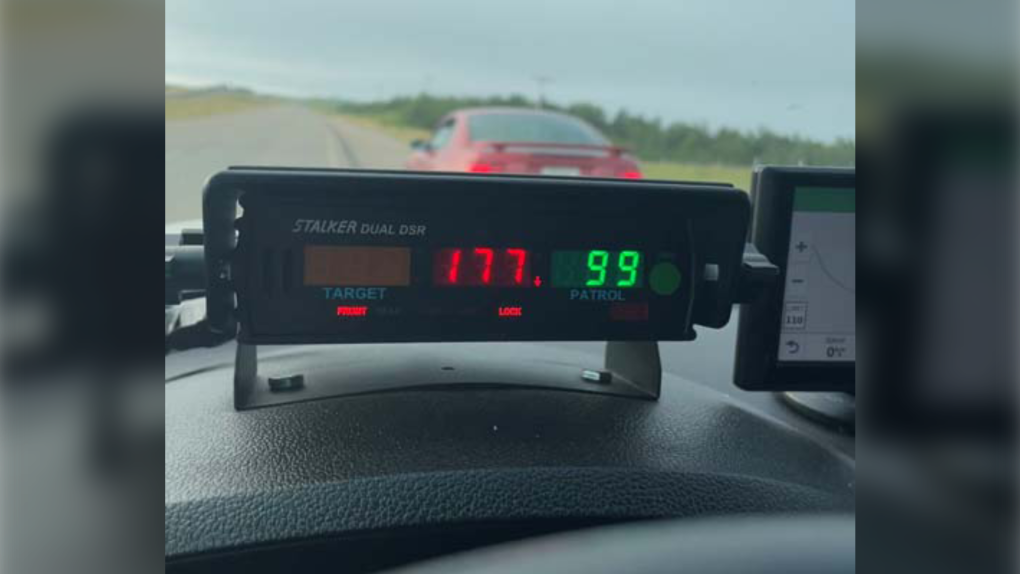 RCMP stopped a driver who was going 177 km/hr in a 110 km/hr zone. (Photo courtesy of RCMP Saskatchewan)

Two drivers were handed fines and had their vehicles impounded for excessive speeding over the weekend.

In addition to the large fines, both drivers had their vehicles impounded for one week.