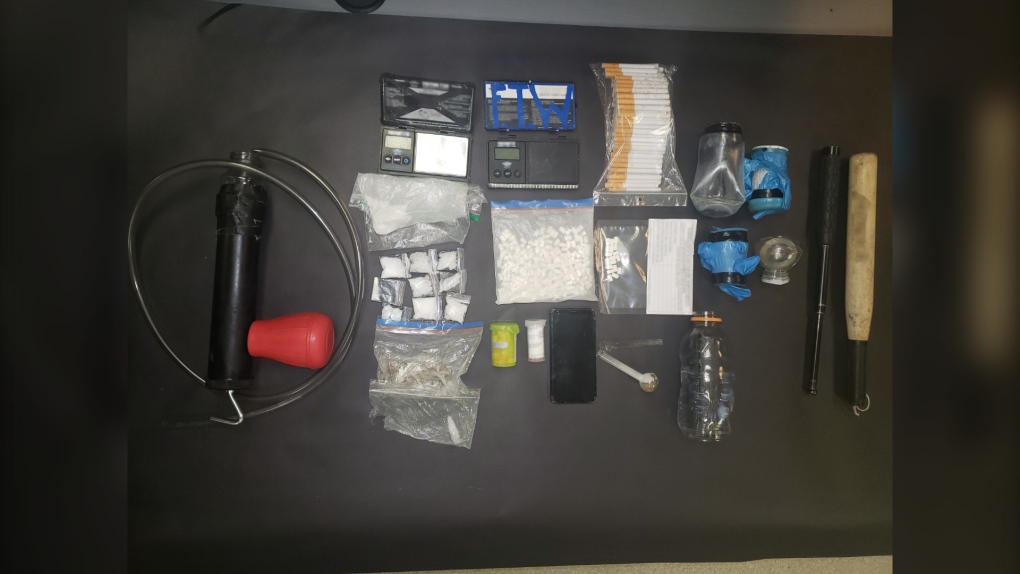 Yorkton CTSS seized a variety of drugs from a truck that failed to slow down while passing an emergency vehicle on Highway 16. (Courtesy: Sask RCMP)

Saskatchewan RCMP near Yorkton seized a variety of drugs after stopping a truck that sped past an emergency vehicle.

At around 11:20 a.m. on Jan. 24, officers with Combined Traffic Services Saskatchewan (CTSS) witnessed a truck failing to slow to 60km/h while passing an emergency vehicle on Highway 16 west of Yorkton.

Police pulled the truck over and immediately saw drug paraphernalia in plan view.

Two men, the truck’s driver and a passenger, were arrested and the vehicle was searched, RCMP said.

Police found a variety of drugs, including:

Two men, a 32-year-old man from Grand-Remous, Que. and a 49-year-old from Edmonton, Alta., face a total of five charges including possession for the purpose of trafficking, possession of a weapon for a dangerous purpose and other related charges.

Both of the accused are set to appear in Provincial Court on these charges on Jan. 26 in Yorkton.

RCMP noted that the pair were also ticketed for various provincial offences including failure to slow to 60km/h while passing an emergency vehicle and having open liquor and cannabis in their vehicle.