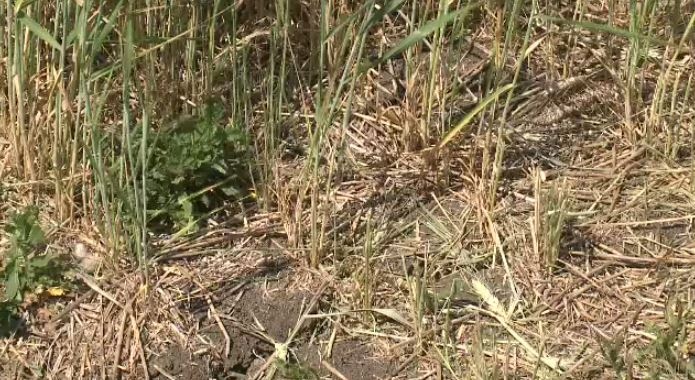 REGINA - Agriculture Canada says there are severe drought conditions in much of southern Saskatchewan, with some areas of extreme drought.

It was the driest July ever recorded in Moose Jaw, which got 4.3 millimetres of rain in July, beating a record of 4.6 millimetres set in 1929.

Todd Lewis, who farms in Gray, south of Regina, says canola is taking the hardest hit and might only yield half the crop of an average year.

Lewis says areas south and west of his farm are in "a pretty desperate situation."

Trevor Hadwen, an agro-climate specialist with Agriculture Canada, says the situation is definitely cause for concern -- and it's weighing heavily on farmers.