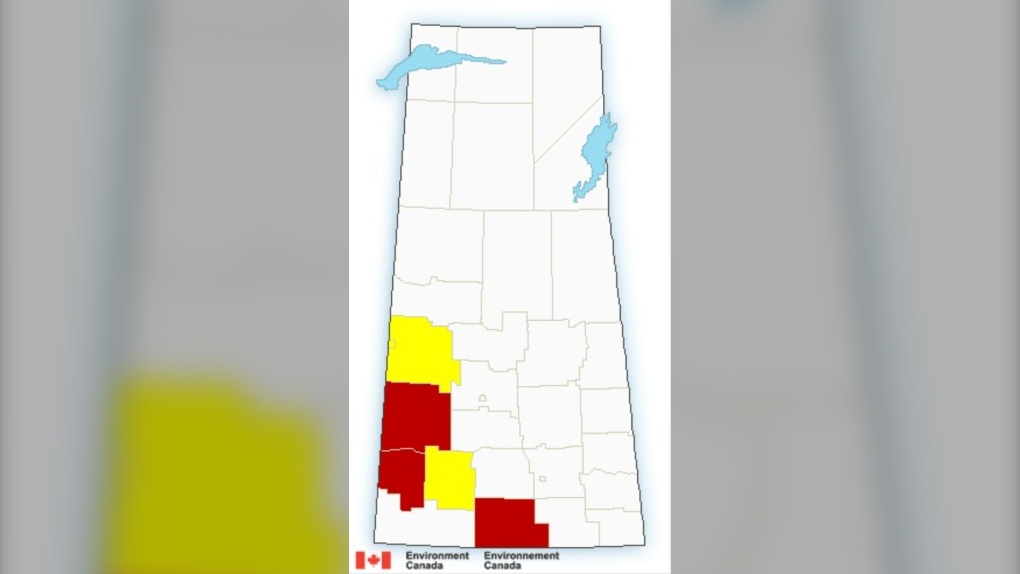 Environment Canada warned Sunday evening that a series of severe thunderstorms near Kindersley were developing the potential to produce tornadoes.

Radar indicated a strong rotation on a thunderstorm about 10 km southwest of Eston. The storm was moving toward the southeast at 30 km/h.

The agency encourages the public to monitor forecasts and alerts and to report severe weather by emailing SKstorm@ec.gc.ca or tweet reports using #SKStorm.

Areas previously under alert include: