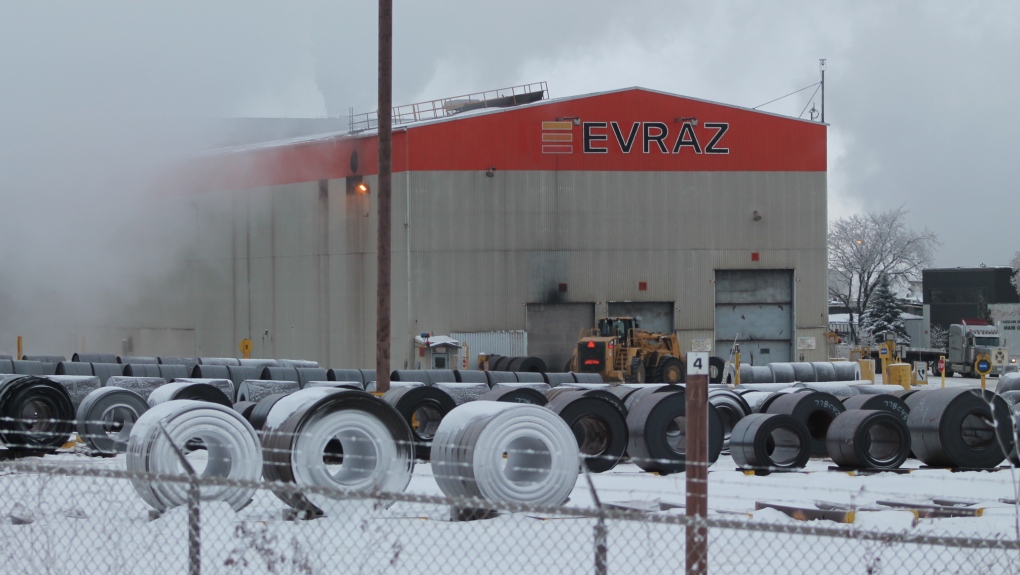 The Evraz steel facility in Regina is seen in this file image.

REGINA -- Evraz Inc. has pleaded guilty to violating occupational health and safety regulations in connection to two serious workplace injuries that happened at their Regina facility in 2019, resulting in fines over $900,000.

In a release, the province said the company pleaded guilty to the charges in Regina Provincial Court on Feb. 9, 2021.

The first incident took place on Jan. 24, 2019, where a worker was rolling a pipe and slipped on ice and snow, resulting in the person being pinned between the pipe and a steel plate of a conveyor. The government said the incident resulted in serious injuries.

The company pleaded guilty to clause 12(a) of the regulations, which includes "being an employer, fail to provide and maintain plant, systems of work and working environments that ensure, as far as is reasonably practicable, the health, safety and welfare at work of the employer's workers, resulting in the serious injury to a worker."

The second batch of charges stem from an incident that took place on Feb. 6, 2019, where a worker was seriously injured after a machine moved while the person was trying to put out a grease fire.

The company pleaded guilty to charges related to this incident, for contravening clause 137(1)(a) of the regulations, which includes "being an employer, fail to provide an effective safeguard where a worker may contact a dangerous moving part of a machine, resulting in a serious injury to a worker."

One charge was also withdrawn.