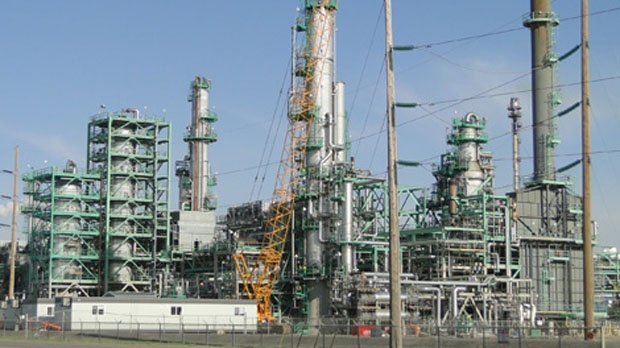 Investigators have determined that a failed vent plug caused a fire at the Co-op refinery in Regina last month.

They say sulfidation is to blame for the failure of the carbon steel vent plug, which was under high pressure and temperatures.

No one was injured after the fire broke out in a coker unit pump house on Feb. 11. It was the third fire at the refinery in 16 months.

The fire caused an estimated $2.5 million in damage to buildings and equipment at the site.