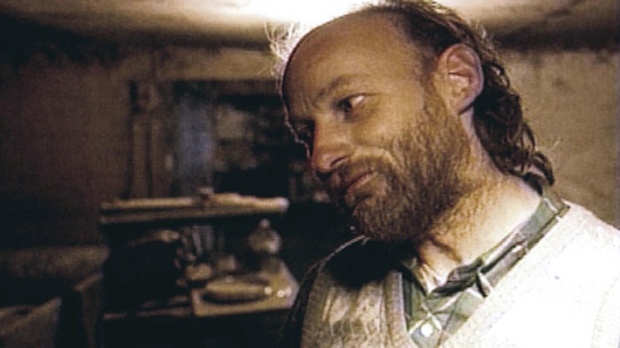 Robert Pickton is seen in this undated file photo.

The children of three women who were murdered by Robert Pickton have filed lawsuits against the police and the serial killer, marking the first such cases involving women Pickton was convicted of killing.

The latest claims bring the total number of cases filed since May to nine, though until now, the lawsuits were connected to women whose remains or DNA were found on the farm and for whose deaths Pickton was never put on trial, either because murder charges were stayed or because he was never charged.

Pickton was convicted in December 2007 of killing Wolfe, Frey and Papin, along with Mona Wilson, Sereena Abotsway and Andrea Joesbury.

The lawsuits target the City of Vancouver on behalf of its police department; the B.C. government on behalf of the RCMP and the criminal justice branch; Pickton; Pickton's brother David; and several individual police officers.

All of the families are represented by the same lawyer, Jason Gratl, who has previously said the cases could force Pickton to testify.

The statements of claim repeat many of the allegations contained in the previous lawsuits.

They allege the Vancouver police and the RCMP failed to properly investigate reports of missing women and failed to warn women in Vancouver's Downtown Eastside that a serial killer was likely at work, despite having evidence implicating Pickton in the disappearance of sex workers as early as 1997 and 1998.

"Notwithstanding their knowledge of the risk to sex workers, VPD (Vancouver police) and RCMP failed to assign adequate or sufficient resources to investigate Robert Pickton or a serial killer," says a passage from Angel Wolfe's lawsuit, which is repeated in the other statements of claim.

The statements of claim also target Crown prosecutors for declining to put Pickton on trial for attempted murder for a bloody attack on a sex worker in 1997. Pickton was set to stand trial in early 1998, but prosecutors dropped the case days before trial over concerns about the victim's ability to testify.

None of the agencies or people named in the lawsuits have filed statements of defence. The B.C. government has filed a narrowly focused application that seeks to have allegations against the Crown thrown out on the grounds that prosecutors are protected from such lawsuits, but the province has not responded to any of the other allegations.

The lawsuits have also offered new details about the women and their children.

Brenda Wolfe, who was a member of the Kahkewistahaw First Nation in Saskatchewan and had two children, was a certified hairdresser who worked as a waitress, a bouncer and in a print shop, according to the statement of claim.

"She was a strong, quiet, genuine person with a great depth of character, who eschewed materialism and had understanding and compassion for others," the document says.

Brenda Wolfe struggled with drug addiction for much of her life but sought treatment when her children were born.

Her 20-year-old daughter, Angel, is currently working as a youth advocate.

Marnie Frey is described as "an outgoing and compassionate woman," who enjoyed spending time with friends, loved animals, and was generous with her time.

She became addicted to heroin in high school, her daughter's statement of claim says, and struggled to complete detox and rehab programs. She would visit her daughter, Brittney, who lived in Campbell River, once a month and they would speak on the phone every day.

Georgina Papin was born in Edmonton and grew up in the foster care system. She ran away from her foster home when she was 12 years old and two years later she was living in Las Vegas, where she gave birth to Kristina Bateman, her oldest daughter.

"Georgina was a warm, artistic woman who lived and encouraged her children, including the plaintiff, and who had a positive, energetic presence in the Downtown Eastside community," says the statement of claim.

She was frequently in contact with Bateman and her other daughters. Papin and Bateman were making plans for Bateman to spend the summer of 1999 with her mother, the statement of claim says, but Papin disappeared in the spring of that year.

Bateman, 28, works as a cashier and hostess.