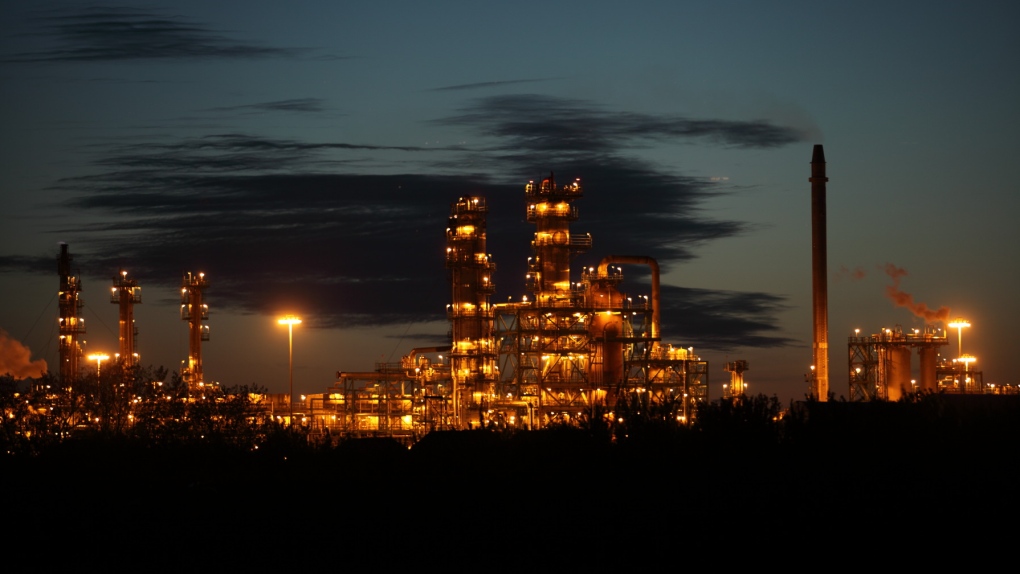 The Co-op Refinery Complex is shown in this file photo.
REGINA -

Federated Co-op is selling its crude oil assets across Western Canada, but will be retaining ownership of the Regina refinery.

In a statement to CTV News, Federated Co-operatives Limited (FCL) confirmed it has hired the Bank of Montreal to dispose of 550,000 hectares of land that produce 3,000 barrels of oil per day, located in Saskatchewan, Alberta and British Columbia.

In Saskatchewan, the properties are located in the south east, Shaunavon and Dodsland regions.

Despite the major sale, Federated Co-op said the Regina refinery is absolutely not for sale.

“The Co-op Refinery Complex is integral to our business and we are committed to it for the long-term,” the company said in an emailed statement.

FCL is also selling a working interest in the Weyburn-Midale carbon capture, utilization and storage project.

The Co-op is not commenting on the reason for the sale.

Public Safety Minister Bill Blair says the government will continue to require travellers to provide proof of a negative COVID-19 test upon entry into the country so long as the Public Health Agency of Canada advocates for it.

Saturday at 7p.m. on CTV: W5 investigates a theory that's not widely accepted in scientific circles, but is gaining ground: that North America's obesity problem is being fuelled by a physical addiction to highly processed foods.

U.S. says it will permit entry of Canadian travellers with mixed vaccine doses

The U.S. says it will allow Canadians into the country who have received a mixed COVID-19 vaccine schedule, when the U.S. opens its borders to fully vaccinated travellers on Nov. 8.

The City of Iqaluit says testing shows a high concentration of fuel in a tank that supplies water to the Nunavut capital.

Leaders pay tribute at church where British MP was killed

Leaders from across the political spectrum came together Saturday to pay tribute to a long-serving British MP who was stabbed to death in what police have described as a terrorist incident.

Martin Gregus of Vancouver won the Rising Star Portfolio Award at the Natural History Museum’s 2021 Wildlife Photographer of the Year competition for his summertime photos of polar bears.

A NASA spacecraft named Lucy rocketed into the sky with diamonds Saturday on a 12-year quest to explore eight asteroids.

Government bracing for surge in passport renewals after border announcement

The government is bracing itself for a surge in passport renewals and other services after news that the Canada - U.S. land border will re-open in November

How to get your Ontario vaccine certificate QR code