A fiery train derailment closed a highway in southeast Saskatchewan on Thursday morning.

A train derailed approximately two kilometres northwest of Macoun, Sask., forcing the closure of Highway 39 in both directions, RCMP said.

An emergency alert was sent out to residents in the RM of Cymri just after 2 p.m.

Residents within a 2,200 metre area of the derailment will be contacted if they need to evacuate, according to the emergency alert.

The public is asked to avoid Highway 39 as it is currently blocked off.

The Transportation Safety Board of Canada (TSB) will be deploying a team of investigators who will gather information and assess the scene.

Estevan resident Amber Mantei and her husband were driving on Highway 39 on their way to Regina when they spotted smoke coming from the rail line. As they got closer, they heard an explosion.

“Just before we were coming around the corner on Highway 39 that goes around Macoun, there's this huge explosion and then all the black smoke,” Mantei said. 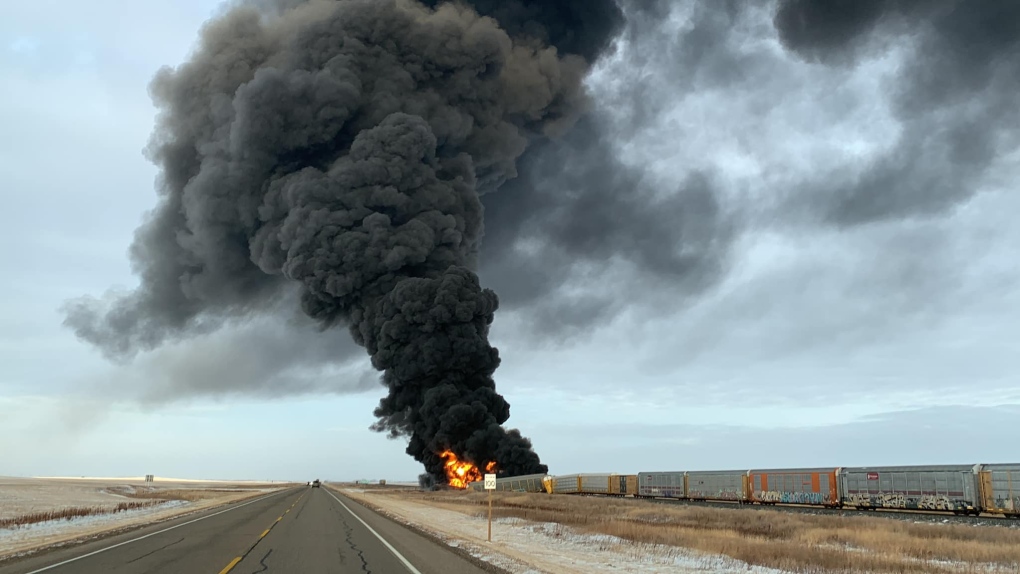 A plume of black smoke rises from a train derailment near Macoun, Sask. on Dec. 1, 2022. (Courtesy: Amber Mantei)

The large fire appeared to consume three cars near the front of the train. Several other cars had also derailed further down the line.

Mantei said she could feel the heat emanating off the blaze from inside their vehicle.

“It was intense,” Mantei said. “You could actually feel it through the glass of the truck.” 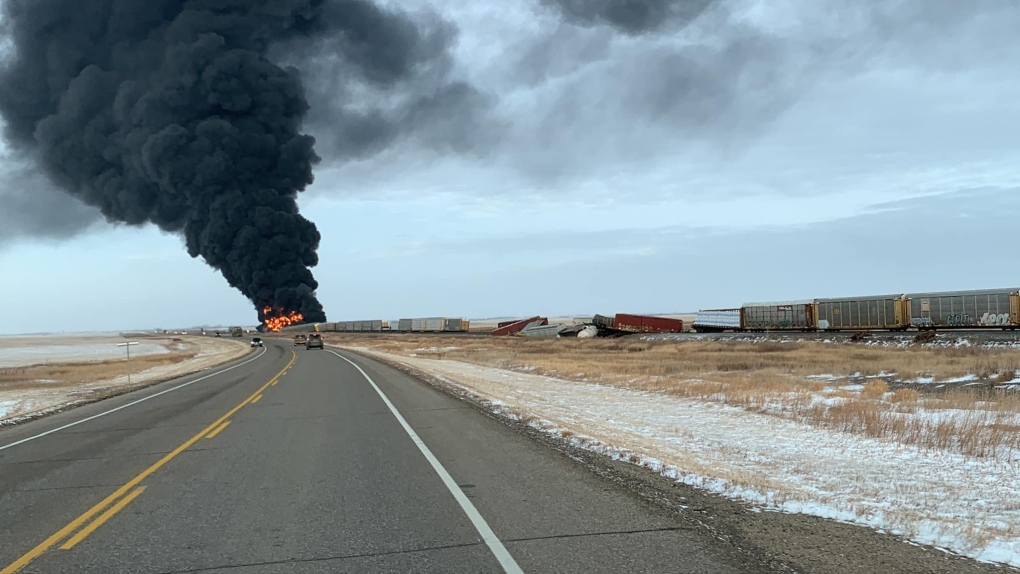 RCMP is asking motorists to avoid the area. Detours are being organized.

No injuries were reported to police.

Canadian Pacific (CP) Railway is on scene investigating the incident, according to RCMP. CP confirmed crews responded to the scene but did not provide further details.

Macoun was under a state of emergency due to some homes being located close to the derailment site, the village said in a Facebook post.

Macoun School went into a hold and secure mode following the incident out of an “abundance of caution,” the South East Cornerstone Public School Division said in an emailed statement. Classes continued for the remainder of the day.