Fire breaks out at Co-op refinery in Regina 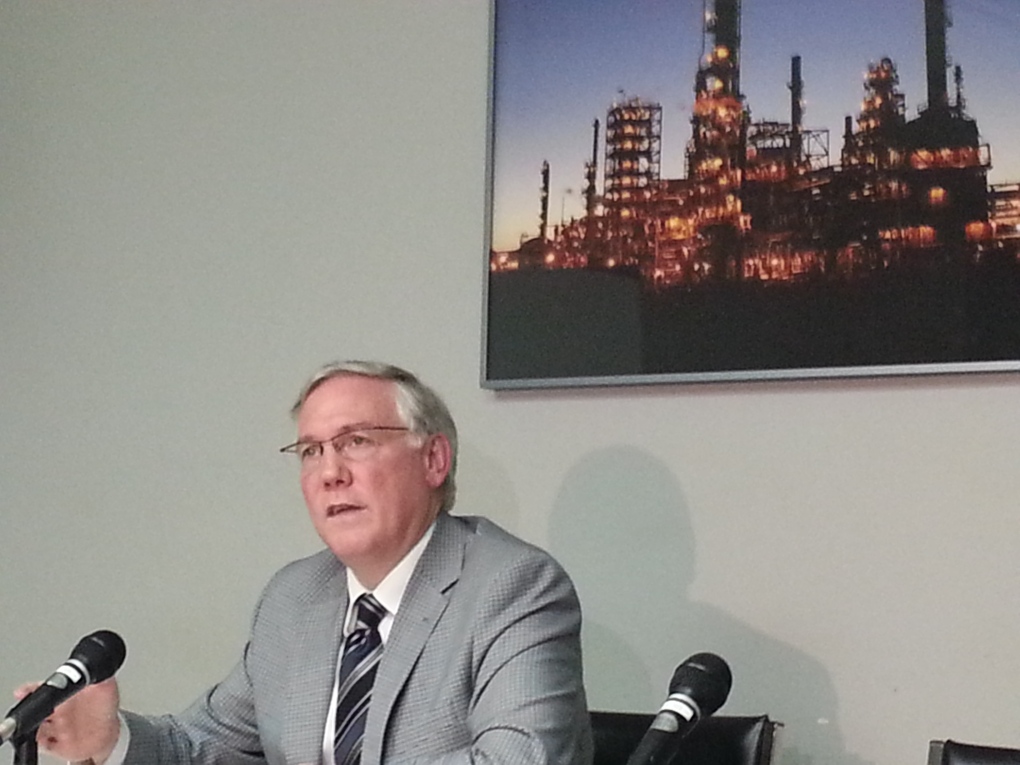 Co-op says it is disappointed and concerned as an investigation continues into yet another fire at the company’s Regina refinery.

The fire broke out in a coker unit pump house shortly before 12:30 a.m. Monday.

No one was injured and refinery crews had the fire contained and extinguished in about 30 minutes.

Three contractors were evacuated and the all-clear alarm sounded just after 2 a.m.

Fire investigators found evidence of a possible explosion and there were unconfirmed reports that flames shot more than 20 metres into the air.

Co-op spokesperson Vic Huard says the company is “disappointed” to be dealing with the third fire at the refinery in 16 months.

“Here’s an operation that for more than 20 years, from the late 1980s until 2011, had no incidents of this type of any kind. Now, in the last 16 months, we’ve had three,” Huard said at a news conference Monday afternoon.

Huard says while this latest fire is concerning, the incident was relatively minor given the scope of the sprawling refinery complex. The section that was damaged by the blaze is one of 33 processing units at the facility.

The fire has resulted in lost production of 10,000 barrels of crude per day, but Huard says Co-op doesn’t anticipate any impact on gas and diesel supplies. He added that no workers will see a reduction in hours.

An estimate on damage wasn’t immediately available. Regina Fire and Protective Services is continuing to investigate what caused the blaze.