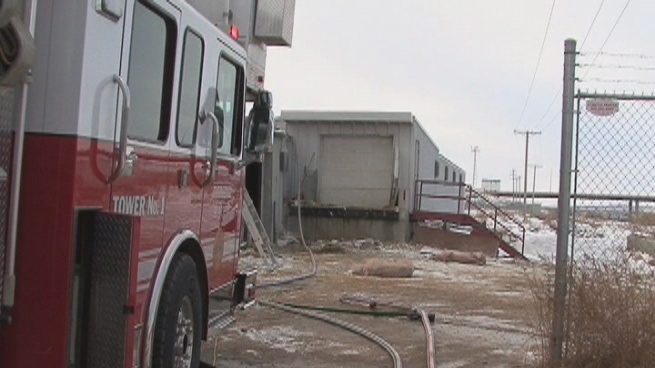 Crews attend to a fire Thursday at the Thunder Creek Pork plant in Moose Jaw.

As many as 200 employees were evacuated after a fire broke out at the Thunder Creek Pork plant in Moose Jaw.

Fire crews responded just before 1:30 p.m. Thursday and were still on scene early in the evening.

It's believed that shorted out machinery sparked the blaze in the back barns and the flames spread up into the roof.

Some workers were on the roof at the time, and firefighters safely helped them down. No one was injured.