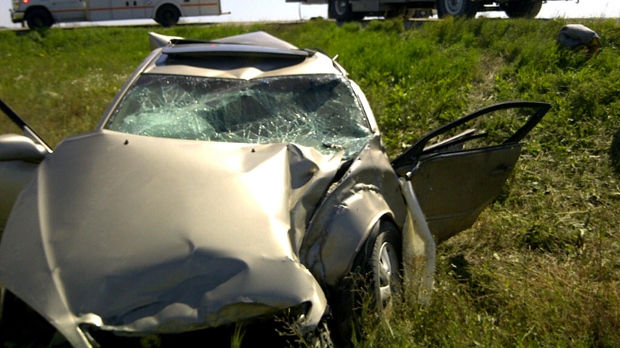 The first crash happened just after midnight at the intersection of the Trans-Canada Highway and Highway 35 near Qu’Appelle.

RCMP say a semi-trailer went into the centre ditch and rolled, blocking part of Highway 1.

The driver of the semi was taken to hospital and was later released.

Then at around 10 a.m., emergency crews were called to a single-vehicle rollover on Highway 1, two kilometres west of Wolseley.

Two people in the vehicle were taken to hospital in Indian Head with undetermined injuries.

Less than an hour later, a car and a semi collided at an uncontrolled intersection on Jamieson Road, about three kilometres north of Kronau.