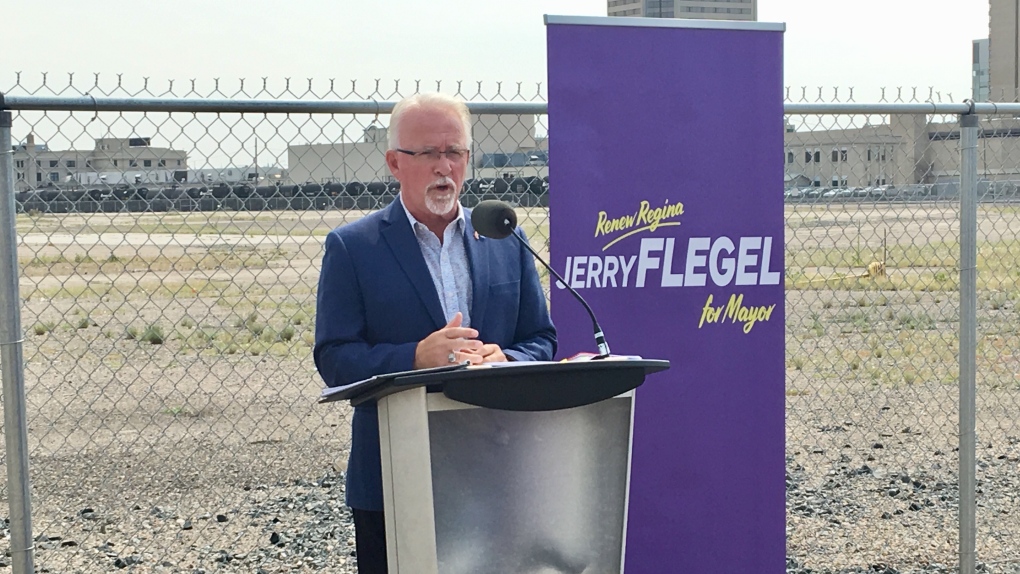 REGINA -- Long-time City Coun. Jerry Flegel is throwing his hat in the ring, vying to become Regina’s next mayor.

Flegel announced on Thursday his intentions to enter the race.

He said he wants faster development of vacant spaces, like the old CP Rail yards and the former Taylor Field site.

Flegel has served for the past 14 years as a city councillor for Ward 10.

During the announcement, he addressed misconduct allegations.

In response to the allegation, Flegel said he has requested to speak to the person but hasn’t heard back.

“I’m quite comfortable in my past,” he said. “I’ve got a plan for the future and if you want to look at my past, you have a window in a car and a rear-view mirror. I’d rather look at the big window.”

Other contenders for mayor include Tony Fiacco, the brother of former Regina Mayor Pat Fiacco.

Current Mayor Michael Fougere has not yet formally announced his intentions to run, but has said previously he intends to seek the nod.

Nominations for the race will take place from Sept. 22 to Oct. 7. The election is scheduled for Nov. 9.