Ford, Moe and Higgs to announce deal on development of small nuclear reactors 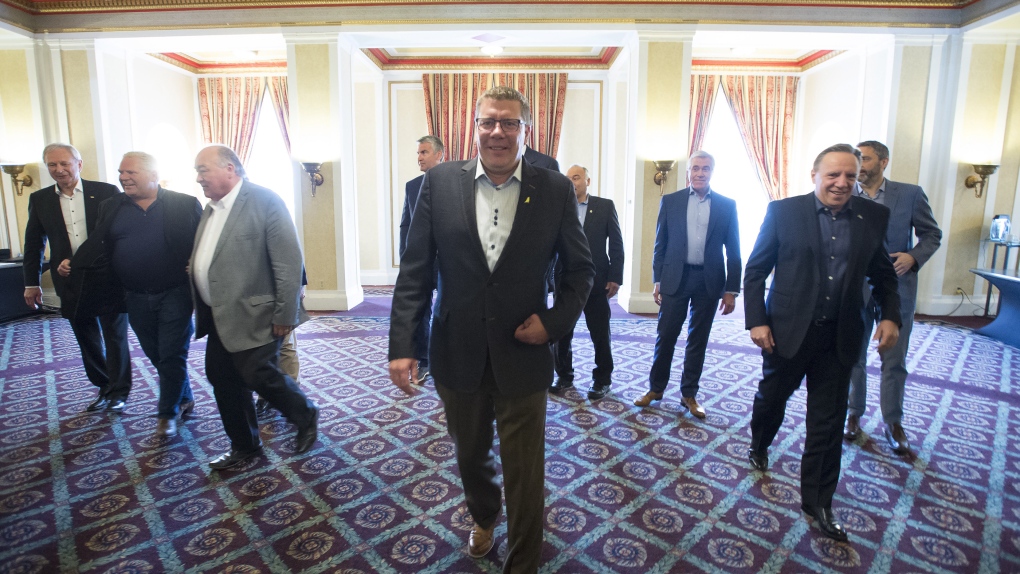 Saskatchewan Premier Scott Moe, centre, along with fellow Premiers break away following a group photo during a meeting of Canada's Premiers in Saskatoon, Sask. Thursday, July 11, 2019. Saskatchewan Premier Scott Moe says an upcoming sit down of Canada's premiers will be an important chance to send a message to a prime minister that's dealing with regional divisions. THE CANADIAN PRESS/Jonathan Hayward

New Brunswick-based ARC Nuclear Canada says in a news release that its president will attend a signing ceremony Sunday between the provinces of New Brunswick, Ontario and Saskatchewan to work in collaboration on the modular reactors "in an effort to mitigate the effects of climate change."

The Ontario government says Premier Doug Ford will meet with Saskatchewan Premier Scott Moe and New Brunswick Premier Blaine Higgs for an announcement at a hotel near Pearson International Airport on Sunday afternoon.

Spokespeople with Moe's and Ford's offices confirm the announcement is connected to an agreement on technology for small modular reactors.

Moe said earlier this month that nuclear power has to be deployed in a big way around the world to significantly reduce greenhouse gas emissions, noting his province is well positioned to support more nuclear power with its large reserves of high-grade uranium ore.

ARC Canada, which has its head office in Saint John, says its mission is to commercialize an advanced small modular reactor that it says "provides safe, reliable, economically competitive and carbon-free energy."

This report by The Canadian Press was first published Nov. 30, 2019.