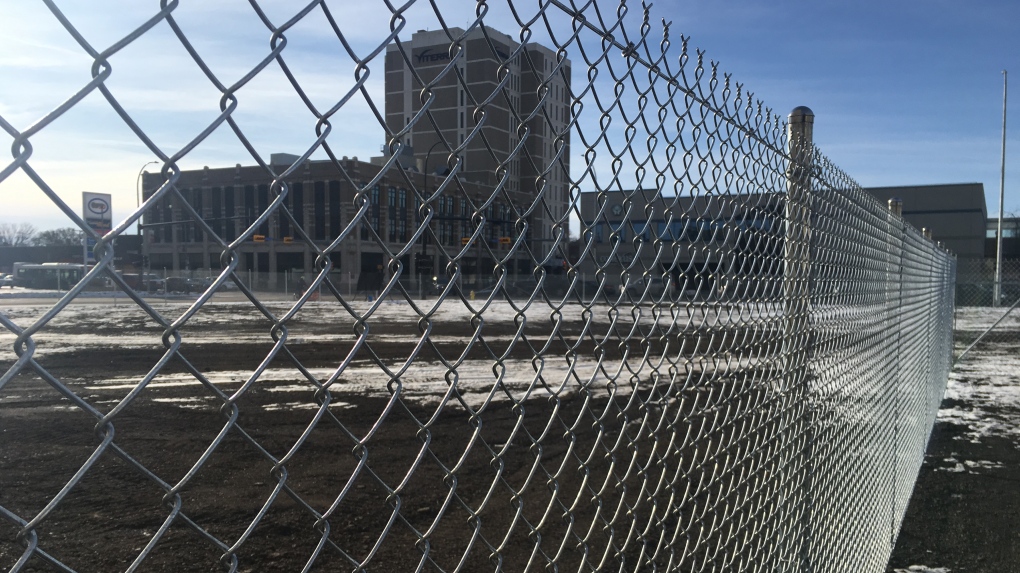 The City of Regina is mourning the loss of Capital Pointe, 2009-2019. (Cole Davenport / CTV News Regina)

City council members will discuss Wednesday the future of the space, located at the corner of Albert Street and Victoria Avenue, at a Regina Planning Commission meeting.

The proposal needs final approval from city council later this month before it officially is allowed to become a parking lot.

According to city documents, administration recommends the space be turned into the lot temporarily for one year.

If approved, the lot would feature 87 surface parking stalls, and eight stalls for motorcycle parking and bicycle parking.

After the year is up, the space would revert back to a Downtown Direct Control District Zone.

The applicant has indicated the parking lot proposal is a necessary step for a larger redevelopment plan, the city said.

If the lot isn’t approved, the applicant indicated they would have to “re-visit their financial approach  to the project.” 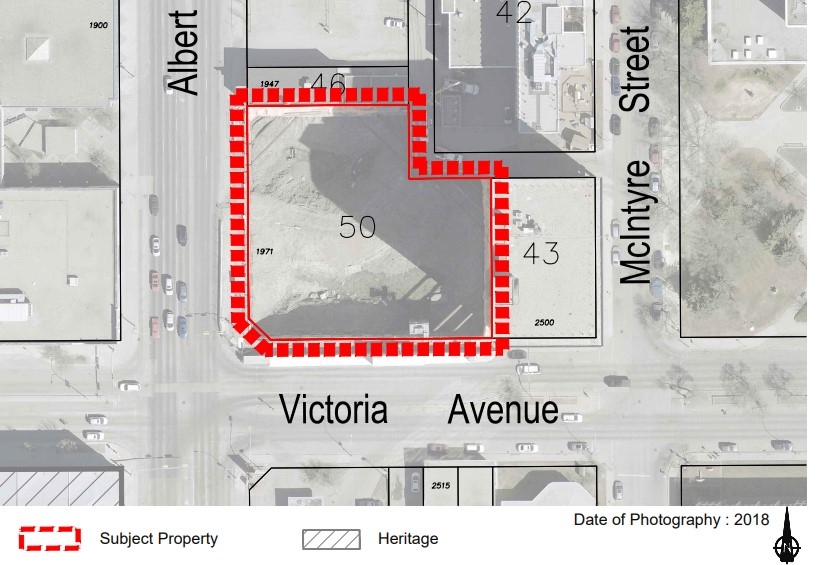 In a letter, the Regina Downtown Business Improvement District said it tentatively supports the parking lot for a period of no more than one year.

It said it supports the idea of no new surface parking lots being allowed in the downtown, but acknowledged the difficult market conditions.

The district has asked the applicant to provide enhanced landscaping along the edges of the parking lot.

“It is our hope that the applicant will soon be able to develop a project that recognizes and celebrates the gateway into our Downtown,” it said.

The owner of the lot would be responsible for the costs when changing or adding infrastructure to the space.

Capital Pointe was first proposed in 2009 as a 27-storey hotel and condo tower.

Excavation didn’t begin until 2015, but the project was soon put on pause two years later and sat idle until the summer of 2019.

The city had to fill the hole left by the developers.