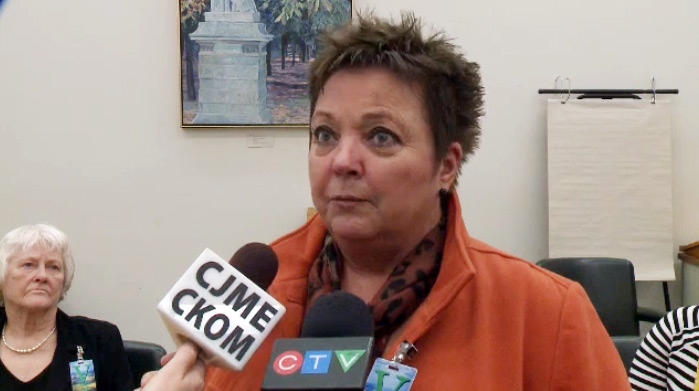 Debra House, the former executive director of the Regina Sexual Assault Centre, is seen in this undated file image.

The former Executive Director of the Regina Sexual Assault Centre is facing fraud and theft charges after a police investigation that spanned seven months.

Debra House, 63, has been charged with fraud over $5,000, making a forged document and theft over $5,000. Police say House committed the offenses in her capacity with the not-for-profit organization.

The alleged offenses happened over a period between 2009 and June 22, 2016. Police say they were tipped off on June 22 2016, and the commercial crimes unit began an investigation.

She made her first court appearance on Monday morning.