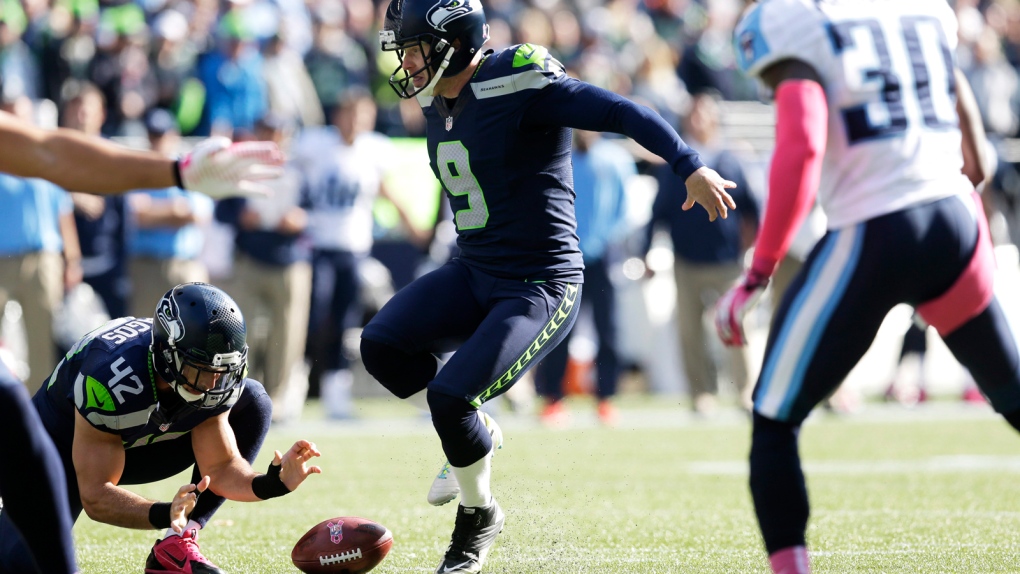 Seattle Seahawks kicker Jon Ryan (9) stops his kick attempt after Seahawks' holder Chris Maragos (42) fumbles the ball during the first half of an NFL football game, Sunday, Oct. 13, 2013, in Seattle. The ball was recovered by Tennessee Titans' Jason McCourty (30), right, and run for a touchdown. (AP / Elaine Thompson)

Former Seattle Seahawks punter Jon Ryan made an appearance at the Roughriders free agent camp over the weekend.

He was at the Riders camp in Florida on Sunday and plans to attend the Toronto Argonauts camp as well.

Regina-born Ryan spent 12 seasons in the NFL with Green Bay, Seattle and a brief stop in Buffalo.

The 37-year-old played two seasons with the Winnipeg Blue Bombers before his NFL career, where he was named a CFL All Start.