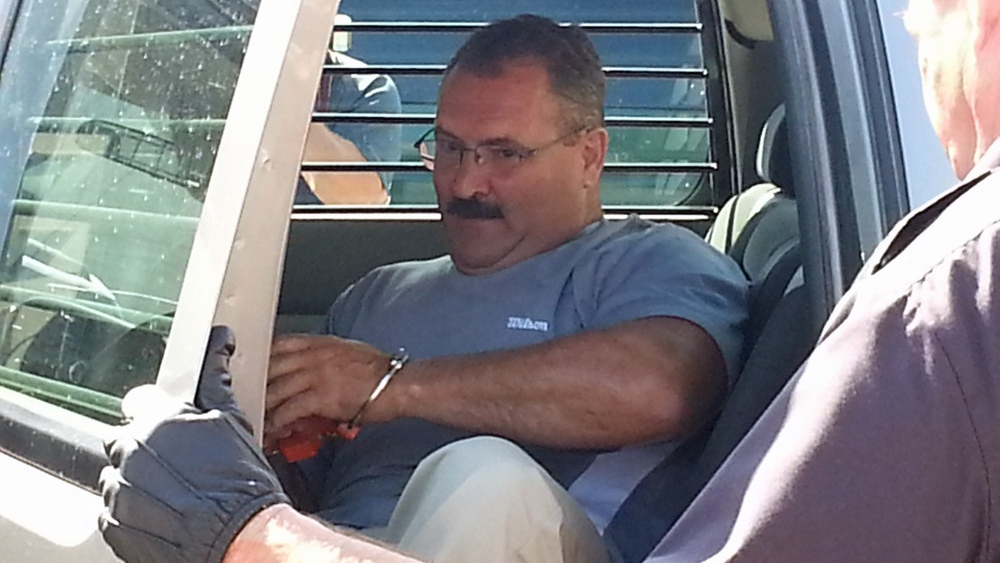 Former jail guard Brent Taylor is seen leaving Court of Queen's Bench after being sentenced Monday to five years in prison for smuggling drugs to inmates at the Regina Correctional Centre.

A former jail guard has been sentenced to five years in a federal penitentiary for smuggling drugs to inmates at the Regina Correctional Centre.

A jury found Brent Taylor guilty in May of 14 counts, including breach of trust and trafficking cocaine, Demerol, morphine and marijuana.

“It was a stupid mistake I made,” Taylor told a packed courtroom before he was sentenced Monday.

“I apologize to the court, my wife, family (and) friends.”

In his 28-page written decision, Justice Eugene Scheibel said the 10-year prison sentence the Crown had asked for was “excessive.”

However, he also noted that the 3 1/2-year jail term the defence had requested would be too lenient.

As part of his sentence, Taylor was ordered to pay a $5,000 fine in lieu of forfeiture of proceeds of crime, as well a $1,000 victim surcharge. He will also be prohibited from possessing firearms for 10 years.

The Crown hasn't decided if it will appeal the sentence.