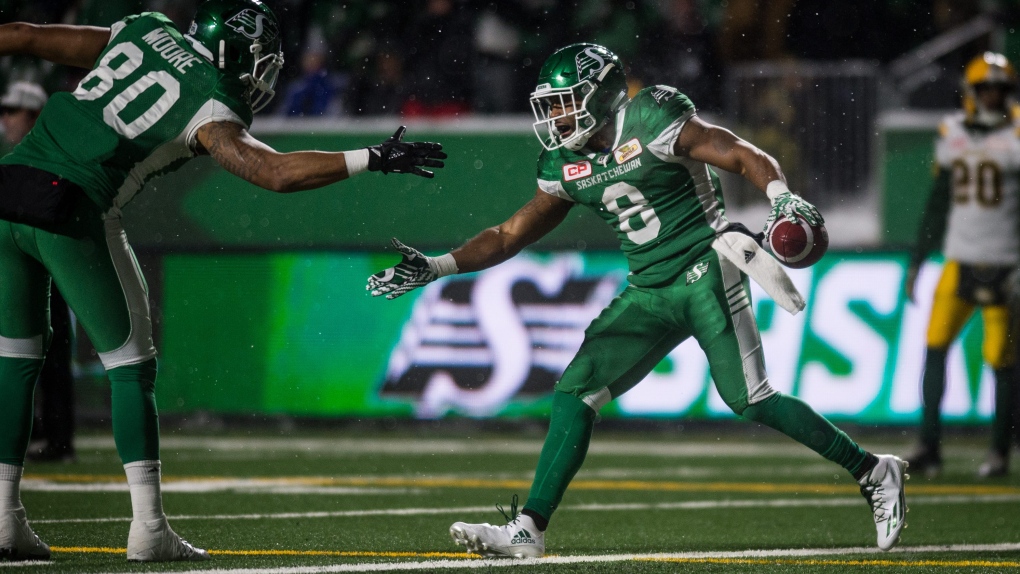 Former Saskatchewan Roughriders fullback Spencer Moore has announced his retirement from professional football. The 32-year-old played eight seasons in the Canadian Football League (CFL), including six with the Roughriders. His final two seasons were played with the Montreal Alouettes.

In a post on social media, Moore said he is excited to start the next chapter, which includes serving the Hamilton, Ont. community where he lives with his family, as a member of the fire department.

Moore appeared in 104 CFL regular season games, playing both sides of the ball. On defence, he recorded four defensive tackles, and a pair of forced fumbles. It was on offence, where Moore really made his mark, primarily as a steady and reliable blocker. In 104 games, he recorded 35 receptions, for 285 yards, while rushing for another six.

The Bank of Canada lost $522 million in the third quarter of this year, marking the first loss in its 87-year history. In the central bank's latest quarterly financial report, it says revenue from interest on its assets did not keep pace with interest charges on deposits at the bank.

LIVE | Smith tables controversial sovereignty act, which is 'likely' to survive in court

Danielle Smith introduced the Sovereignty within a United Canada Act in the legislature Tuesday while trying to reassure Albertans that it has nothing to do with leaving the country.

A disciplinary case was opened against Croatia at the World Cup on Tuesday after the team's fans taunted a Canada player with Serbian family ties.

The Ontario government intends to appeal a court's decision that struck down a controversial bill that limited wages for public sector workers.

From major upsets to heaps of added time to huge moments for Cristiano Ronaldo and Lionel Messi, CTVNews.ca looks at the biggest on-pitch takeaways at the halfway point of the men's World Cup.

A new report from Royal LePage shows 75 per cent of U.S. citizens living in border towns and owning recreational properties in Canada made their purchase after the federal government announced its forthcoming foreign buyer ban.

A new report predicts average home sale prices in Canada will fall 3.3 per cent next year with the biggest declines expected in Ontario and Western Canada where some markets may see prices fall 10 to 15 per cent.

We have entered the final round of group stage matches at the 2022 World Cup in Qatar. It was do or die for Groups A and B as four teams advanced. CTVNews.ca takes a look at everything you need to know from Day 10 of the tournament.