FORT QU'APPELLE -- A Fort Qu’Appelle family is picking up the pieces after a fire destroyed their home less than two weeks ago.

The blaze started at around 5:30 a.m. on Jan. 12.and quickly engulfed the entire home – where they had lived for 15 years – leaving them left with nothing. 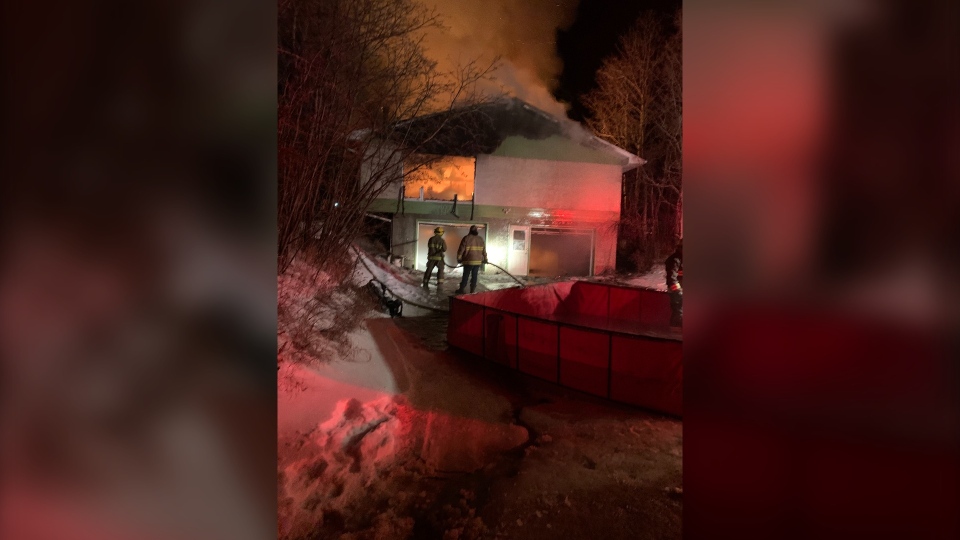 "You hear about fire, but you never think it's going to happen to you," said an emotional Belinda-Lee Krienke.

She added watching their house burn was traumatizing.

"The exploding of the house and then the power went out and we couldn't see anything. It was pretty scary."

Krienke and her husband Brad, as well as their daughter Crystal and granddaughter Israella Dieter, made it out of the home with nothing but the clothes on their backs,

The family was able to save their pet bird and dog Bella from the blaze, but unfortunately their ten-month-old puppy Gunther made his way back in to the house.

Over the past week and a half, support has rolled in with local churches, the tribal council, family and the whole community rallying behind them.

The Krienke’s are now starting to rebuild their lives; a GoFundMe has been set up by a relative to help get them back on their feet.

The trauma of trying to find each other through the smoke has them reminding others of the importance of a fire escape plan.

Rosanne Verhulst, family member and GoFundMe organizer, said the event has caused her and her husband to discuss their own fire plan.

"It doesn't matter if you live in a bungalow or what, if you don't have a plan you just don't know what's going to happen. Thank the Lord that Belinda and Brad, and Crystal and Israella were able to get out," said Verhulst.