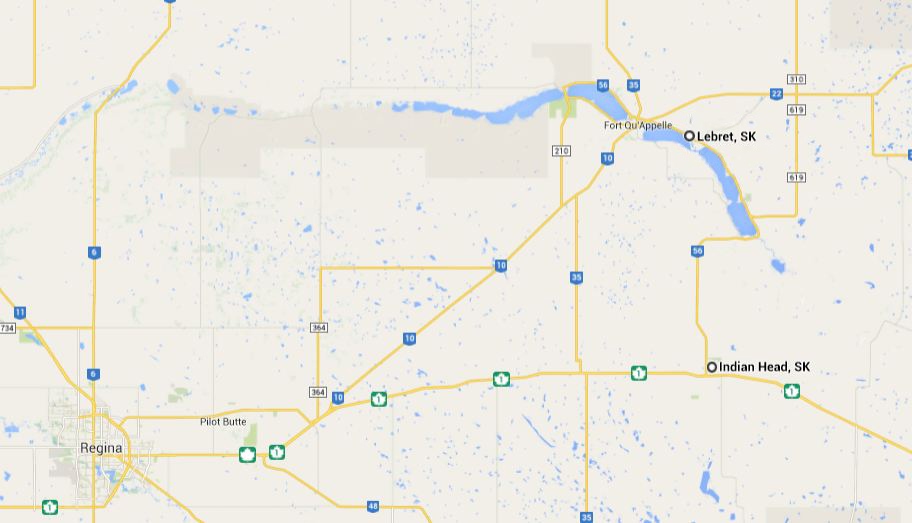 A collision that killed a 40-year-old woman early Saturday morning occurred on a grid road between Lebret and Indian Head. (Google Maps)

Alcohol is believed to be a factor in a two-vehicle collision that killed a 40-year-old Fort Qu’Appelle, Sask. woman early Saturday morning.

RCMP were called to a crash on a grid road between Lebret and Indian Head around 12:30 a.m. The woman was found deceased when police arrived.

She was a passenger in a car travelling east that was struck after swerving into the path of a westbound pickup truck, RCMP said in a media release.

Police said it appears alcohol was a factor and that charges will be forthcoming.

Lebret is about 80 kilometres northeast of Regina. Indian Head is 70 kilometres east of the city.