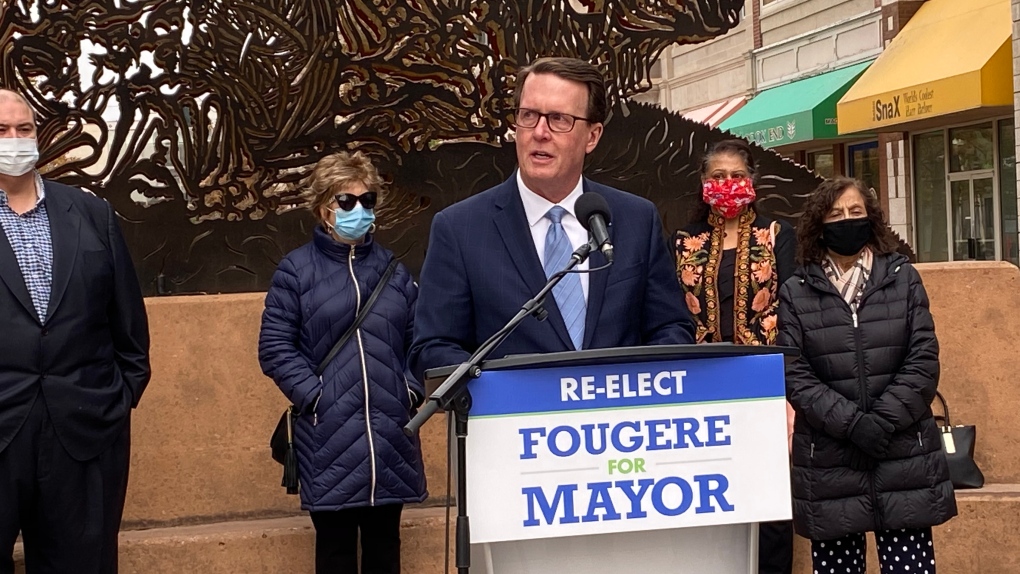 REGINA -- Mayoral candidate Michael Fougere says he will work to remove buses off 11 Avenue and use downtown parking fines for road repair if elected to lead the next city council.

The proposed changes are part of Fougere’s plan that aims to revive downtown. They would require city council approval during the next term.

“We need to improve downtown infrastructure, make it easier to get around, fill in those vacant lots and help attract more people to our city’s core,” Fougere said in a news release on Tuesday.

He outlined five steps that aim to help revitalize downtown.

First, he wants to redirect parking fine revenues to fund road and sidewalk repair in the core.

Second, he wants to improve parking and accessibility for the Globe Theatre and Scarth Street mall.

As well, he plans to move transit buses off 11 Avenue to reduce congestion in front of Cornwall Centre, encourage development of vacant lots, and build a pedestrian walkway to connect downtown to Mosaic Stadium and Evraz Place.

“With this plan, we’ll make our downtown more beautiful and accessible while connecting it to our world-class event facilities to attract even more people to our city’s core,” Fougere said.