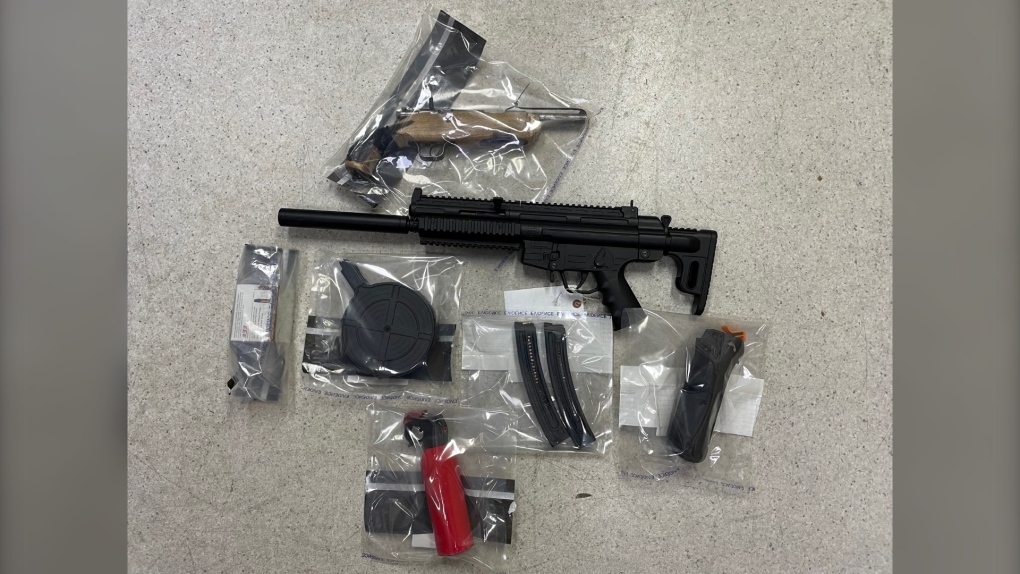 A semi-automatic rifle was seized by RCMP during a break-and-enter investigation in Yorkton. (Supplied: Yorkton RCMP)

Four people were arrested and a semi-automatic rifle with a silencer was seized during an investigation into a break-and-enter in Yorkton, according to RCMP.

Yorkton RCMP said it was dispatched to a residence on Myrtle Avenue in Yorkton around 8:15 a.m. on Sunday, a news release said.

Following investigation, RCMP determined a group of individuals forced their way into the residence.

Police executed search warrants at the home, where they discovered and seized an illegally modified firearm, a semi-automatic firearm with a silencer, a high-capacity magazine and a small amount of white powder. RCMP said the powder will be identified through laboratory testing.

Four people are facing break and enter charges in connection to the investigation. In addition, two of the accused are facing charges for possessing a weapon contrary to an order.

The holiday toys catching the eyes of industry watchers

A man went missing from a Carnival cruise ship in the Gulf of Mexico. What happened next might well be a 'Thanksgiving miracle'

A passenger went missing from a Carnival cruise ship in the Gulf of Mexico. Quick thinking and a 'miracle' saved the man's life.

Health Canada has issued a recall for an educational children's toy, which may contain above-legal amounts of lead.

Authorities in China's western Xinjiang region opened up some neighborhoods in the capital of Urumqi on Saturday after residents held extraordinary late-night demonstrations against the city's draconian 'zero-COVID' lockdown that had lasted more than three months.