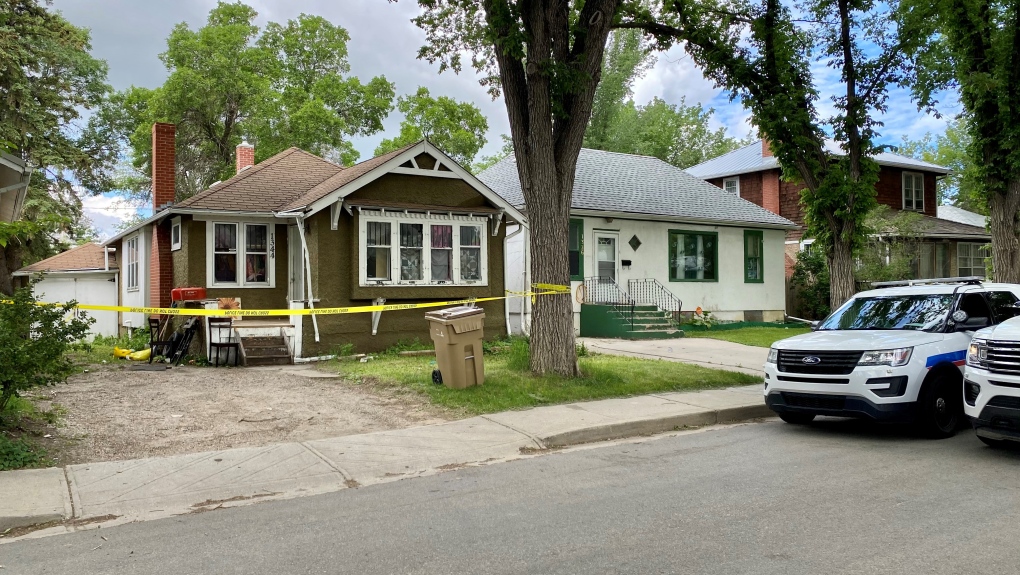 Police taped off a home on the 1300 block of Garnet Street on Friday in connection with a man's death. (Gareth Dillistone/CTV News Regina)
REGINA -

A fourth person has been charged in Regina’s sixth homicide of the year.

Two men and a woman were charged on Monday in relation to the death. Marley Dawn McArthur, 35, Richard William Snyder, 36, and Anthony Allan Rus, 24, are accused jointly of second-degree murder.

According to the Regina Police Service, a homicide investigation began after officers were sent to the hospital just before 12:30 a.m. on June 18 following a report of an injured man, who was later pronounced dead.