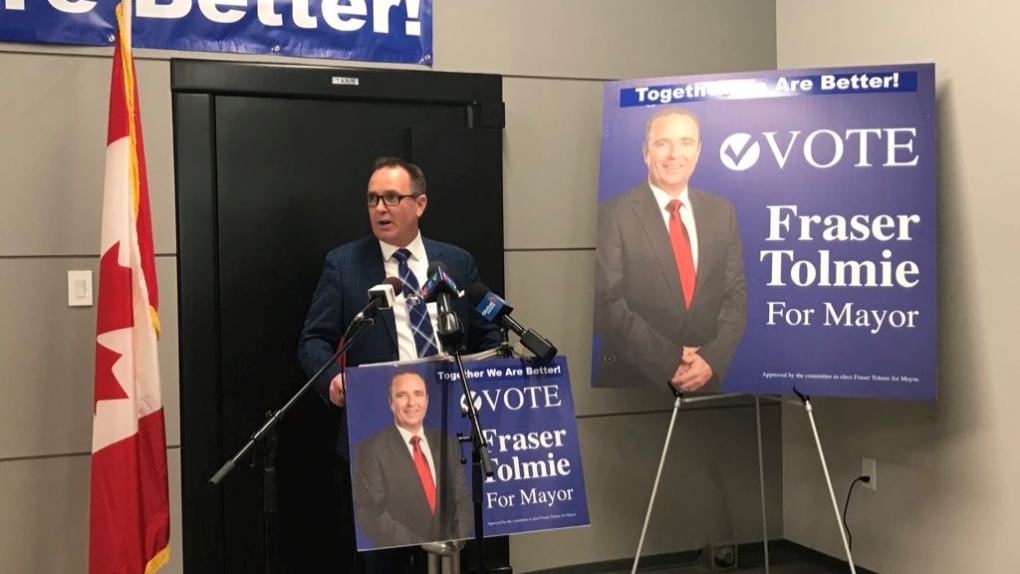 Tolmie was first elected to Moose Jaw City Council in 2009 as a councillor and was elected mayor in 2016.

He said since then, he has helped build a strong foundation in the city.

“I’m proud of the way that we faced the challenges of the past four years, and we’ve provided stable leadership during these times,” Tolmie said. “I believe that experience would suit us well should we face any other challenges in the future.”

Tolmie said one key improvement he’s seen over the past four years is the relationship between the city and the business community. As the pandemic continues, he said that relationship and making sure there are jobs in the city will be important.

“We want to make sure people are going to have jobs. That’s going to be one of the biggest things we’re going to be dealing with in the next little while,” he said.

Tolmie said his campaign will look a bit different this time around because of the pandemic, as his goal is to respect the boundaries of the public.

“We’re going to be using social media platforms and doing as much as we can that way,” Tolmie said. “Normally you’d be knocking on doors and going door to door, but I think that’s going to be different.”

Tolmie is the only mayoral candidate in Moose Jaw at this time. Candidates have until Oct. 7 to announce their intention to run. The Moose Jaw election will be held on Nov. 9.