FSIN Chief disappointed with lack of papal visit to Sask. 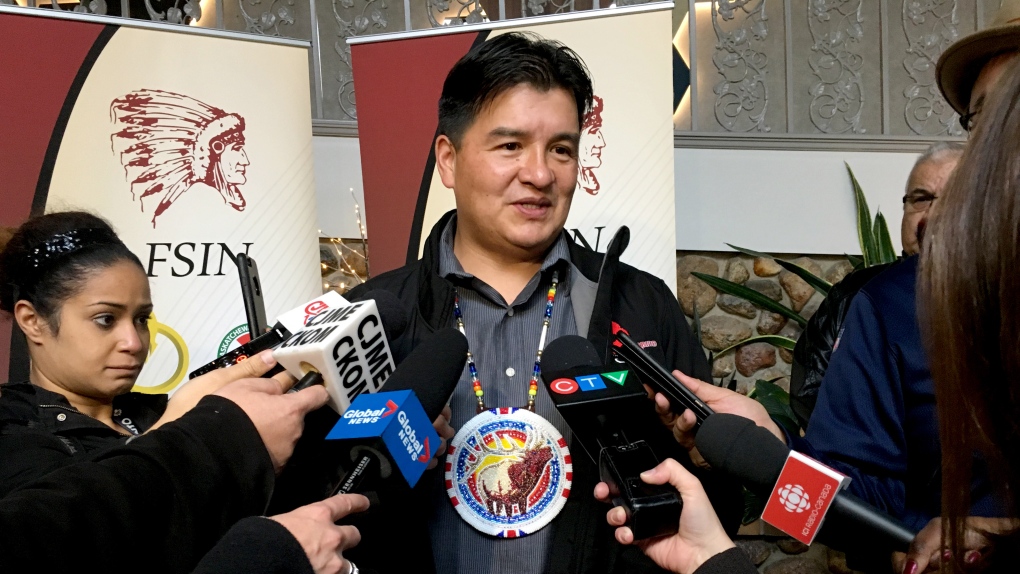 Federation of Sovereign Indigenous Nations (FSIN) Chief Bobby Cameron says he’s disappointed with the lack of a papal visit to Saskatchewan, but reiterated that it’s the actions that follow the visit that truly count.

“We had a hope and a prayer that he would come and do the apology at one of our residential school sites, within our treaty territories, on one of our First Nations,” Cameron said on CTV News Channel’s Power Play.

“It would have obviously a meaningful impact for the survivors, descendants, and families.”

Saskatchewan had one of the largest collections of residential schools in the country. This fact fueled many calls for the Pope to make Saskatchewan one of his stops during the papal visit this July.

“It only makes sense for the pope to visit one of our school sites,” said Cameron.

Pope Francis is scheduled to visit Quebec City, Iqaluit, and Edmonton, according to a statement from the Vatican.

The reasoning for the three cities being chosen was due to Edmonton having the second largest urban Indigenous population in Canada and Alberta having the most residential schools in the country, with 25 overall.

Iqaluit was chosen due to it being host to the largest Inuit population in an urban area in Canada with 3,900 people.

Quebec City was picked because it lies very close to the Basilica of St. Anne-de-Beaupré, which the Vatican noted is, “one of the oldest and most popular pilgrimage sites in North America which draws Indigenous peoples and others from throughout Canada and from around the world annually.”

The 85-year-old Pope is reported to have mobility issues. This fact is said to have been a major influencer of the locations chosen for his first papal visit to Canada, according to Archbishop Richard Smith of Edmonton, who is serving as general coordinator of the trip.

Regardless of the papal visit, Chief Cameron maintains that it’s the actions by the Catholic Church that matter much more than any apology the pope can give.

“When all is said and done, it’s the action items that are more crucial to the healing journey,” he said.

Pope Francis’ visit to Canada is scheduled to begin July 24 and is set to last until July 30.

Russian missile attacks on residential areas in a coastal town near the Ukrainian port city of Odesa early Friday killed at least 18 people, including two children, authorities reported, a day after Russian forces withdrew from a strategic Black Sea island.

A rare portrait of Diana, Princess of Wales, will be on public display for the first time after it was recently sold for US$201,600 at auction.

Saanich police will hold another update on a deadly shooting that took place on Tuesday afternoon, leaving two suspects dead and six officers with gunshot wounds.

Here's what Air Canada and WestJet have said about reducing flights

Two of Canada's largest airlines announced steps this week to cope with delays, cancellations and service issues. Head to CTVNews.ca to read about the changes announced by Air Canada and WestJet.

Conservative leadership candidate Pierre Poilievre joined the final leg of a march led by a Canadian soldier charged for speaking out against COVID-19 vaccine requirements that has sparked promises -- and fears -- of a new wave of protests in the capital.

Ottawa protest organizer Tamara Lich will spend at least five more nights in custody in Ottawa after she was arrested in Alberta for allegedly breaching bail conditions.