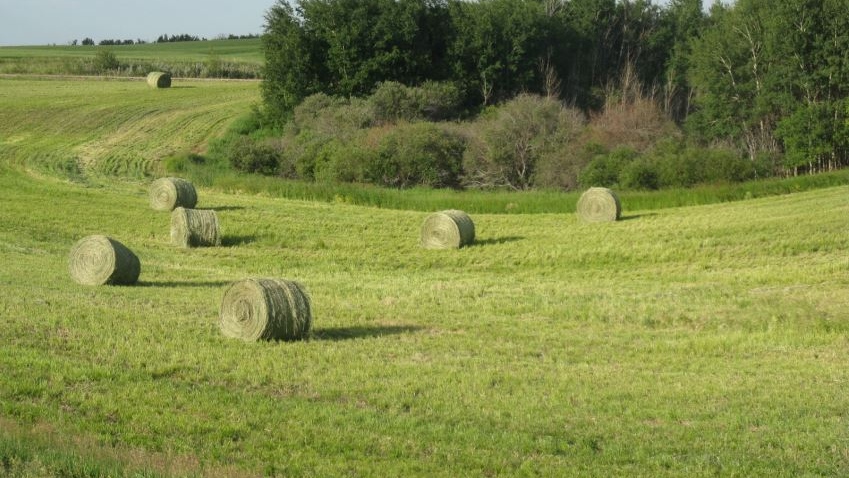 Livestock producers have baled or put into silage 39 per cent of hay crops, according to this week’s crop reports. An additional 27 per cent is cut and ready for baling.

Hay quality in the province is sitting around three per cent excellent, 52 per cent good, 34 per cent fair and 11 per cent poor. Hay is in short supply in many areas and producers have indicated there will not be a second cut this season.

Rainfall over the past week ranged from none to 57mm in the Turtleford area. Topsoil moisture is rated as two per cent surplus, 76 per cent adequate, 21 per cent short and one per cent very short.

Producers say crops are in fair to good condition and some early-seeded winter cereals are ripening,

Crop damage is coming as a result of winds, hail, localized flooding and insects.