REGINA -- Dionne Warner is a nine time cancer survivor, and this Easter she’s celebrating more than just the holiday.

Last Sunday, Dionne had a CT scan so her doctor could check the status on tumours in her neck, lower back, left lung, liver, stomach lining, hip bones and femur bones.

She was supposed to hear from him again on Thursday, but on Tuesday her phone rang.

“It’s the hospital, you automatically know this can’t be good, he’s calling me sooner,” Dionne said. “He just said to me ‘Dionne I didn’t want to wait until Thursday to tell you this news. I think you needed to hear it right away.’”

She thought the news would be that there was nothing else they could do to help her.

“He says ‘I want you to know that not one, but all of your tumours have shrunk. This treatment is working,’” she said.

Dionne’s husband, Graham Warner, knew they had to celebrate. But with the restrictions put in place due to COVID-19, their options were limited.

Then an idea came from a family member in Ontario – to throw Dionne a surprise parade.

Graham told Dionne they were just going on a walk around the neighbourhood, but when she walked outside she was greeted with honking horns and familiar faces.

Dozens of cars full of friends and family members drove by their home in Regina, and neighbours on their street hung signs to show their support.

“Just the amount of people that came out, the faces I saw I haven’t seen in a long time, but took the time to come out on Easter Sunday – wow!” said Dionne.

Dionne had her first diagnosis of breast cancer in 1995 when she was 30 years old. 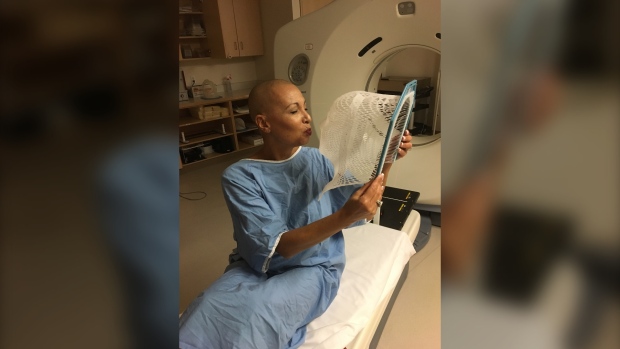 She said in 2001 she moved to Regina from Ontario, when she and Graham were engaged.

When she was diagnosed with liver cancer three months after the move.

“I told him he didn’t have to marry me, that it was okay. That I would go back to Toronto and my family. And he just said ‘you never leave your wingman,’ Dionne said. “So I knew I was going to be okay.”

Through each fight, Graham has been by Dionne’s side.

“He’s my wingman. I could never do this without him, and he has never waivered through every diagnosis,” Dionne explained. 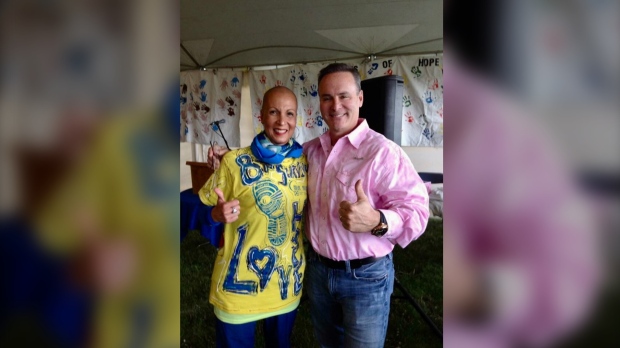 Within the parade was the ‘Warrior of the Ribbon’ truck, a previous surprise from Graham to Dionne.

The towing truck is pink and purple – Dionne’s favourite colours.

“We needed to add another truck to our towing rescue fleet,” Graham said. “I wanted to show my wife how much I love her.”

Graham’s hope is that the truck also acts as an inspiration.

“When it pulls onto the scene of a deadly accident where there’s been mangled mess, and it sorts it all out, it’s a beacon of hope out there,” he said.

Dionne continues to inspire her friends and family members with her positive outlook.

“She just has this fierce discipline to positive thinking,” Graham said. 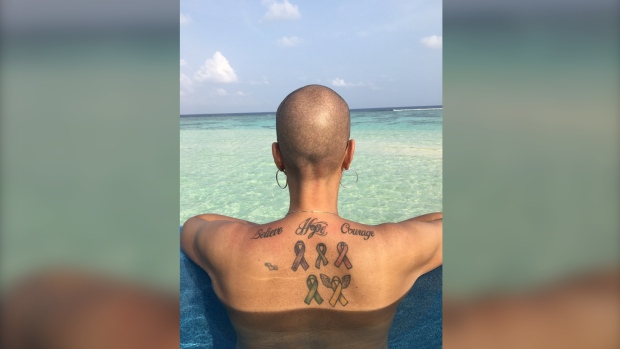 Dionne said it’s part of what helps her get through.

Her message is to always believe in hope, faith and miracles, and to always stay strong in any fight.