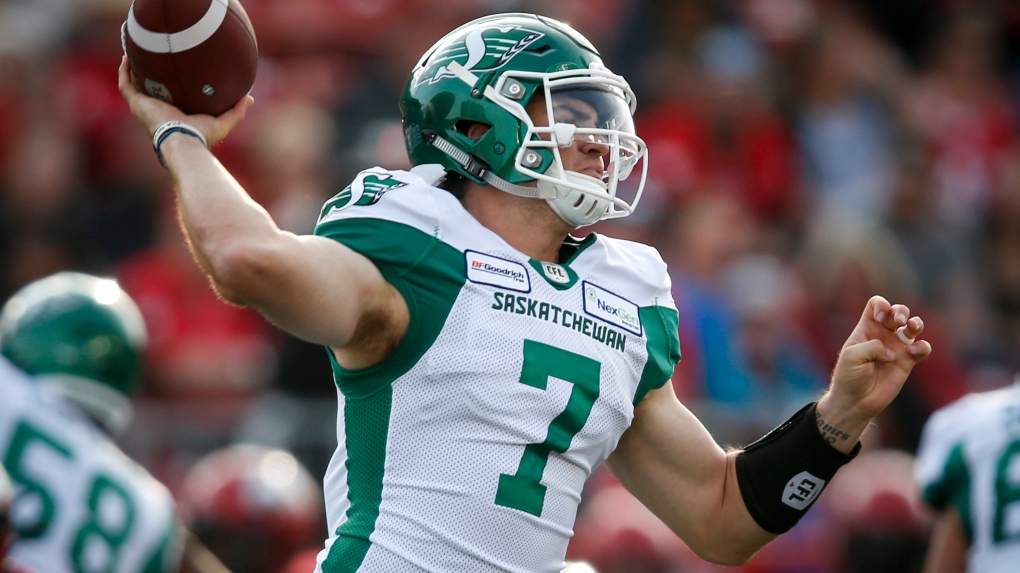 REGINA -- Three members of the Saskatchewan Roughriders have received CFL award finalists for the West Division.

Fajardo is up against Hamilton Tiger-Cats receiver Brandon Banks for the CFL's Most Outstanding Player award.

Judge will compete against Montreal's Henoc Muamba and Hamilton coach Orlondo Steinauer will be up against Dickenson.

The awards will be presented on Nov. 21 in Calgary.