The day, which falls on the summer solstice, is meant to honour First Nations, Inuit, and Métis culture.

Land-based educator Guy Bird wanted to make the day eventful and educational. He said most games in Indigenous culture are meant to teach a lesson, including stick gambling.

“We're teaching whoever’s learning the game, hoping that they’ll learn some patience and some teamwork and strategy,” Bird said.

The game has two sides, the “hiders” and the “seekers” both competing for ten sticks. It’s an elaborate guessing game where players have to concentrate on body language.

For a distraction, the team on the opposing side bangs a drum. 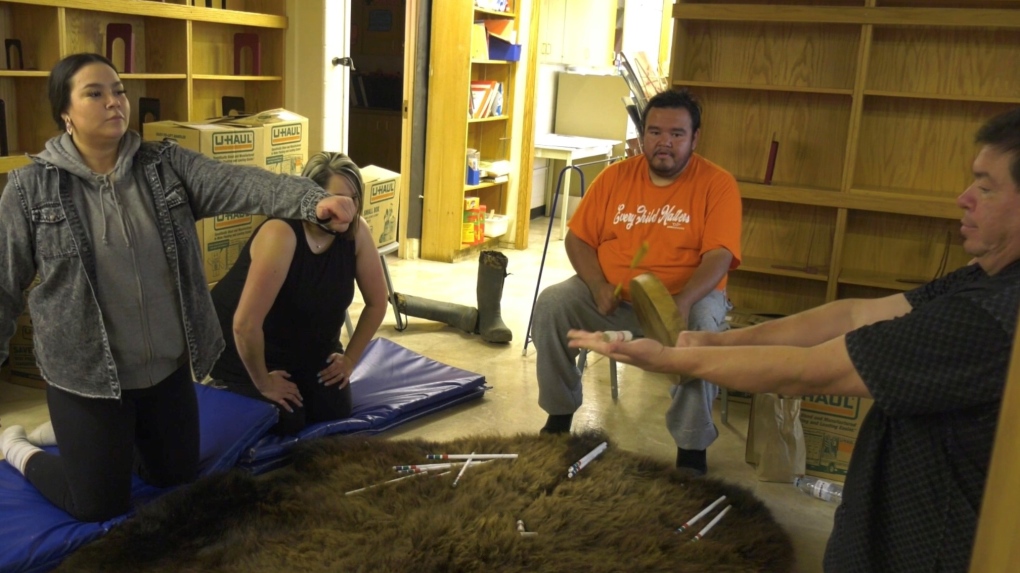 While that drum is challenging others, the powwow drum brings people together.

As Tyler and his brothers played the powwow drum, people danced around it.

“It makes me feel not alone…I feel happy dancing with other people,” she said.

For 12-year-old Selena Moosemay, dancing is a way for her to feel connected to culture.

“When I put on my dress, I’m excited to dance,” she said.