Here are the new COVID-19 restrictions for gyms, fitness centres 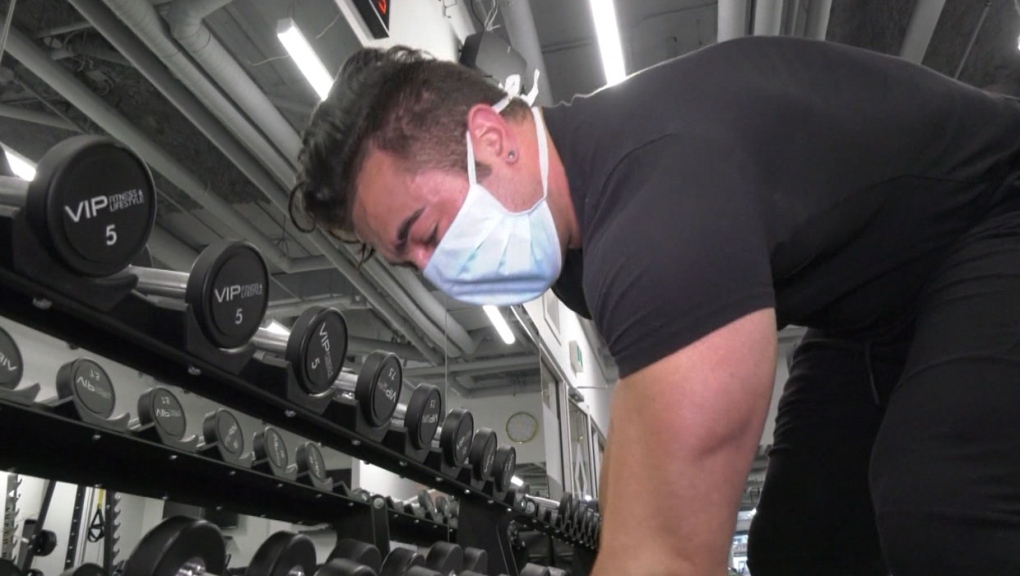 All aerobic group fitness activities, such as spin classes, class circuit training and aquasizing will now be limited to a maximum of eight people.

As per previous guidelines, these activities are also only permitted if participants can be spaced out by three metres.

These types of fitness classes must comply with public gathering restrictions in a space that allows for increased ventilation and air circulation.

“When we look at transmission now, it's in every activity, even regardless and are being followed. We have seen cases and recreational sports,” noted Shahab.

As of Monday, group aerobic activities, like circuit training and spin classes, will also be limited to eight participants.

Orange Theory Studios in Regina already practice three meter distancing, but will be forced to cut capacity by over half.

"Operating with eight people is doable, the only problem is we’re going to have to offer more classes. The downfall to offering more classes if that we won’t be able to do our effective disinfecting protocols,” Nadine Newton, the owner of Orange Theory Regina, said.

Newton said she operates her business with stricter cleaning protocols than the ones being mandated.

“We wear masks throughout the entire studio, we also offer mask only classes. We are a safe alternative and we are being broadly overlooked for what we do," Newton said.

The owner believes it’s unfair that small fitness studios are being forced to adapt, while other groups and contact sports continue un-altered.

“With less people in our studio, there’s less revenue, as well as it puts a stigma on studios that we aren’t clean,” she said.

NO SUSPENSIONS FOR SASK. TEAM SPORTS YET

On Thursday, Alberta banned indoor team sports and fitness classes for the next two weeks. Manitoba and BC imposed similar suspensions earlier in the week, however Saskatchewan hasn’t made any adjustments to indoor sports.

“We are looking at that very closely this week, and we may come up with some recommendations next week,” Shahab said. “Sports are excellent for physical activity to reduce stress for young people, older people but again we need to look at how do we play sports.”

Shahab suggests if you or your children play three sports, pick one to participate in. The Chief Medical Health Officer also says that most transmission occurs before and after contact sports, not during.

“A lot of transmission happens before after the game in those socializations, especially for adults,” he said. “Sports are a great way to stay active but they're also a great way to socialize with your friends.”