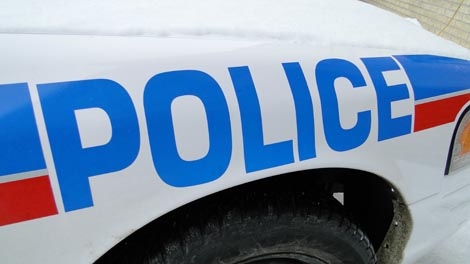 Saskatchewan’s homicide rate is among the highest of Canadian provinces, according to a recent report released by Statistics Canada on Nov. 21.

Among census metropolitan areas, Regina recorded the highest homicide rate at 5.67 per 100,000 people.

Regina had 15 homicides in 2021 and Saskatoon had eight.

“I think that anytime we have residents killing other residents, it's a complete tragedy,” Regina Mayor Sandra Masters said. “I think that it's not what we want to make the news for.”

“Homicides are the most serious crime that a community sees and we see, you know, the victimization and the trauma that comes from that, it really does affect the community,” Regina Police Chief Evan Bray explained.

Saskatchewan also reported the highest number of gang-related homicides at 2.12 per 100,000 population, which is a 9 per cent increase from 2020.

“We do know that gangs, drugs and firearms are all intertwined and so for us, it's not about just targeting one of those. We have real focused efforts on all three of those areas,” Bray said.

Masters said there are ways to prevent gang related crime and it starts at a young age.

“Ultimately, the only way to correct crime 10 years from now is actually get to the kids and so the younger, the better,” Masters said.

Masters also said the city is looking to partner with schools and organizations that look at youth involvement in things other than gangs and try to find a place to belong.

Manitoba had the second highest homicide rate among the provinces, with 61 homicides or 4.41 per 100,000 people.

In a statement to CTV News, Saskatchewan RCMP said they have seen an increase in homicides the last two years.

Superintendent Josh Graham, Officer in Charge of Saskatchewan RCMP Major Crimes, said they have seen an increase in gang-related or involved homicides that are complex and difficult to investigate.

“Our Major Crimes investigators do an outstanding job in balancing our response to newly reported and continuing homicide investigations and preparing them for prosecution in court; however, the increasing number of homicides has not been met with an additional number of investigative resources,” he said.

“If you need to debrief yourself, there are always a client or, you know, somebody with an open ear, staff member, everybody's always willing to talk with you,” Garnett Tootoosis Jr explained, who is a transitional support worker for RTSIS.

Tootoosis Jr. said he has seen the impact of Regina’s high crime rate and said drugs are a significant contribution to the homicide problem.

“Not only did we lose somebody in our family, but the family of the victim also suffered a great loss, (and) it affected me quite a bit,” Tootoosis Jr. said.

Tootoosis Jr. is hoping that programs like the ones at RTSIS become more readily available to support families.