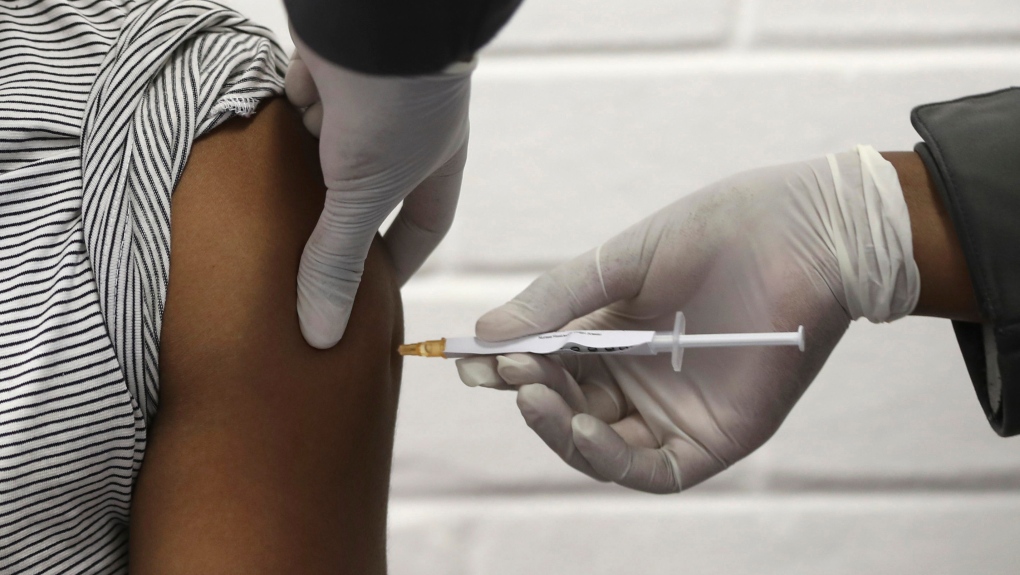 In this Wednesday, June 24, 2020 file photo, a volunteer receives an injection at the Chris Hani Baragwanath hospital in Soweto, Johannesburg. (Siphiwe Sibeko/Pool via AP, File)