Here's how a Regina restaurant is adapting to COVID-19 restrictions 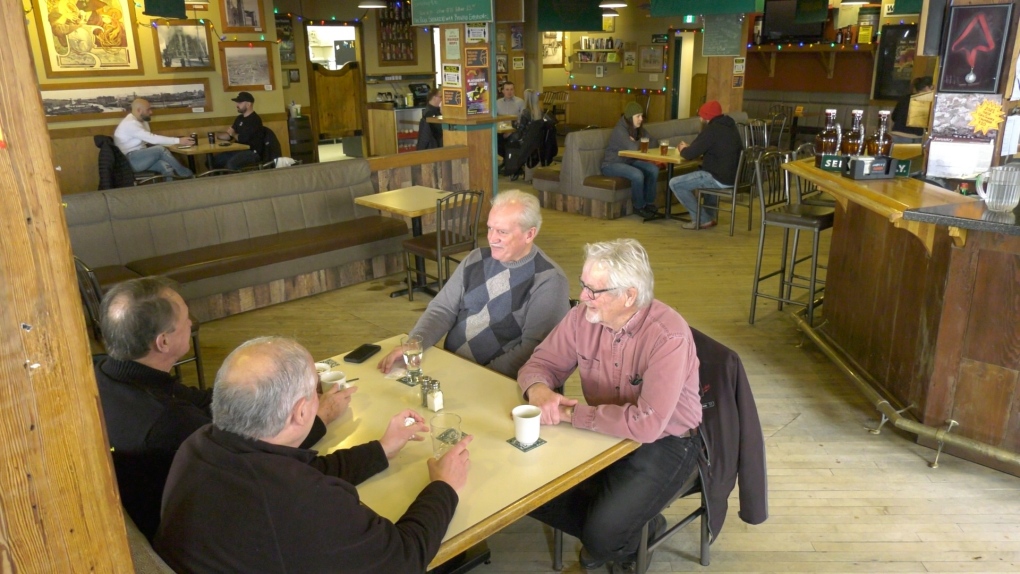 REGINA -- Starting on Thursday, Saskatchewan residents will only be allowed to gather with residents of their immediate household in their home, however, they will still be able to meet up at restaurants and bars.

The provincial government said that’s because COVID-19 exposures in places like restaurants and bars have, for the most part, been limited to staff.

"There have been a few super spreader events in bars where public health protocols were not followed, but we have not seen high levels of transmission," Dr. Saqib Shahab, Saskatchewan’s chief medical health officer, said on Monday.

According to statistics from the province, since the start of the pandemic, the number of household exposures is more than four times higher than those in workplaces, which includes restaurants and bars.

"There is risk, yes, in going to a restaurant, but the numbers would prove that it is far less than hosting people in your own home," Premier Scott Moe said.

Restaurants and bars have been working to adapt to changing restrictions throughout the pandemic.

The current public health orders require establishments to have three metres between tables and limit the number of people at a table to four.

"There’s a lot of leg room now, but what we’re hearing is that customers that are coming, they feel very safe, they feel very comfortable," Grant Frew, bar manager at the Bushwakker Brew Pub, said.

Like many restaurants and bars, business has been slow at Bushwakkers during the pandemic, especially over the past few months with no Christmas party bookings.

Frew called this year "catastrophic" financially due to the pandemic, but he said despite business being down, he’s happy they’re able to remain open right now.

"It’s definitely very difficult to do business in this time," he said. "We do want to respect the mandates of the provincial government and we’re doing our best to comply and so are the customers, so there really is a sense of the customers and staff working together to see this through."

Frew said grant money has helped to "push back the cliff".

"We have been extremely grateful to the federal government and their wage subsidy program, as well as the provincial government has offered a number of grants that has helped keep us alive," he said.

One of the biggest changes for Bushwakkers was its annual Blackberry Mead sale, which was moved online this year.

"That went very well," Frew said. "We actually had a number of customers say they’d never had our mead before because they didn’t want to wait in line and with the curtsied service, this was the first time they had a chance to try it."

Frew said January is usually a slow time for restaurants in the city and a potential shutdown is always in the back of his mind.

"We don’t make any long term plans, even with our ordering for the kitchen, the ordering that I do for the bar, the orders are very small because we don’t want to get caught with a shutdown," he said.