The hot temperatures of Saskatchewan summers often drive people to local lakes to cool off, but experts say there are some tips to keep in mind to stay safe in and around water.

The Amphibious Response Support Unit (ARSU), stationed at Echo Valley Provincial Park, promotes water and boating safety on the lakes surrounding the park. The team also responds to emergency incidents on the lakes.

John Maczko, the director of operations and head of ARSU, said many incidents occur because of people overstepping their limitations.

“Not following some basic safety rules, maybe stretching things a little when the conditions are bad,” Maczko said. “If you’re not a strong swimmer, not comfortable swimming, then it’s probably a good idea to stay a little bit closer to shore and not to push those limits.”

For young swimmers, Maczko said it’s important for parents to keep a close eye when they’re in and around the water.

“One of the things to keep in mind is that a tragedy can take place in an instant,” he said. “That’s something that we come across quite a bit.”

Life jackets for kids are recommended by the ARSU team.

Water temperature and conditions should also be top of mind.

“When weather conditions change such as wind, or air temperature, that has an effect on the water as well,” Maczko said.

“We can go a few feet in the water and we can see sudden temperature changes in the water itself and that is a major contributing factor in some of the incidents.”

He said that’s why it’s important to stay within the designated swimming areas at lakes.

On windy days when waves and white caps are visible, Maczko said it’s best to stay out of the water - even for experienced swimmers.

If a swimmer does encounter an emergency situation in the water, Maczko said it’s crucial not to panic.

“By not panicking, you can control your thinking process and control your breathing which is very, very important,” he said. 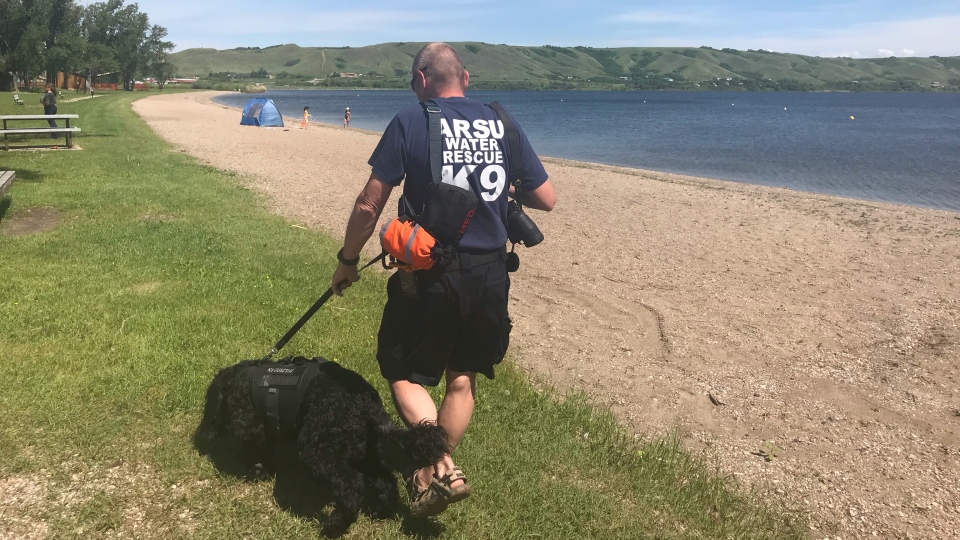 The ARSU team does as much education on the water as it can, and that includes boaters.

“Not knowing where their emergency equipment is or if it’s operating. These are some of the things that we try to focus on in the public education preventative work that we do,” Maczko said.

He said boaters should always let someone know what their plan is before they set off, including what time they plan to return.

Maczko said life jackets should be worn by boaters at all times, but they are especially important if trying to help a struggling swimmer.

“This could be if you’re boating and someone is in the water and they’re too tired to swim back, or it could be out on the lakes, please remember to only go in to provide assistance wearing a life jacket and as a last resort,” he said.

Throwing a personal floatation device, such as an inflatable ring, is another option. Or, Maczko said to use a pole to reach the struggling swimmer and pull them to safety.

SAFETY IN THE CITY

Although cities have fewer swimming and boating options, officials say there are still some tips to help stay safe around bodies of water.

“We have responded to a lot of calls, mostly on Wascana Lake, of people playing too close to the water or out on barges when they shouldn’t have,” Ryba said. “People should be cognizant of the risks some of our bodies of water can pose.”

He said people should stay a safe distance away from any body of water and pets should remain on a leash around water.