Here's what Sask. constituencies could look like for the next provincial election

Here's what Sask. constituencies could look like for the next provincial election

Saskatchewan’s constituency borders will be changing ahead of the next provincial election.

Aligning with the Constituency Boundaries Act, the SCBC recommended the boundaries be redrawn according to population changes in each area over the past 10 years.

Based on 2021 census data of the total population of residents 18 years and older, the commission calculated each of the 59 southern constituencies should have approximately 14,306 people in it, plus or minus up to 715 residents.

For example, Regina Pasqua’s current constituency boundary is currently at a population of 24,164, which is over the commission’s recommended population by 68.9 per cent.

Due to population variance, there are several boundary changes proposed for Regina’s constituencies.

Regina South Albert and Regina Mount Royal are new constituencies on the map.

South Albert includes parts of the previous Pasqua and University constituencies. Mount Royal overtook part of the northwestern portion of the current Pasqua constituency, along with consuming Regina Rosemont and the southwestern tip of Regina Rochdale. 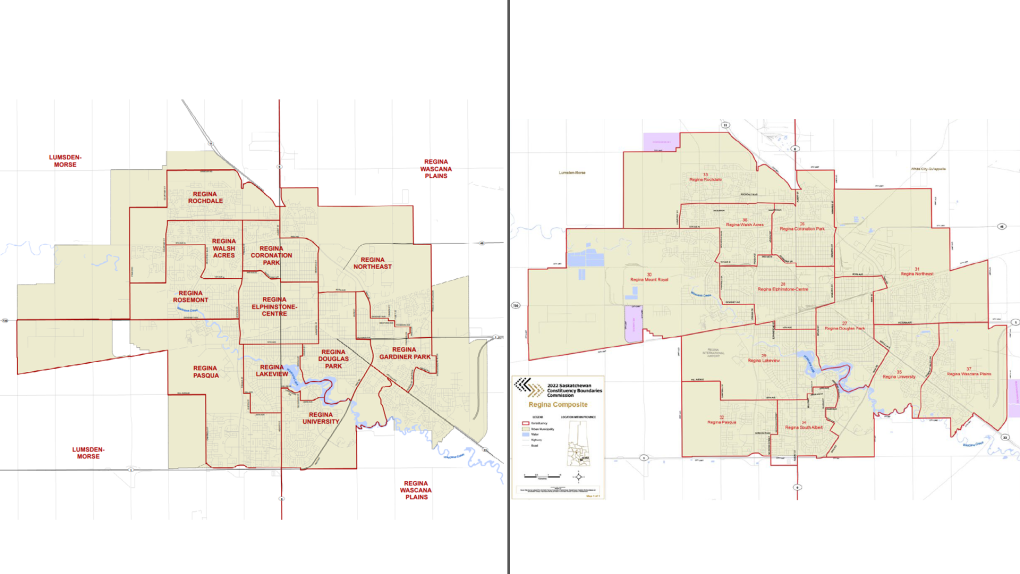 In the proposal, White City – previously of Regina Wascana Plains – would become a part of the newly created White City-Qu’Appelle constituency.

Shown below, the current Wascana Plains constituency map (left) and a map of the newly proposed White City Qu’Appelle constituency. 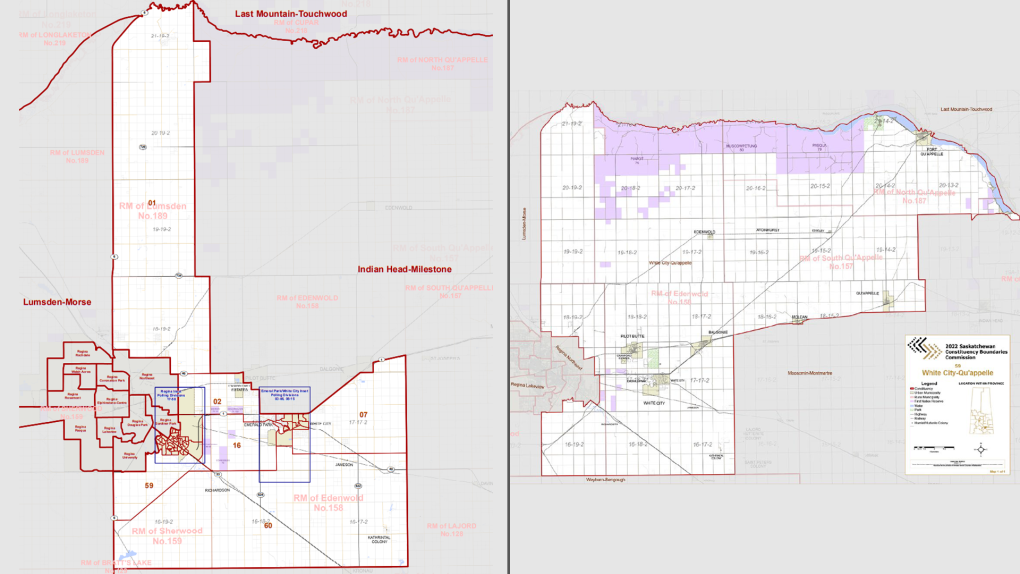 The SCBC is appointed every 10 years to ensure each constituency has roughly the same number of voters, following the release of census data.

The commission is charged with preparing an interim report and map of new constituency borders. It will then hold public hearings for feedback.

The board will present a final report in October. If the proposal is approved, the boundaries would be used in the next provincial election.

“We’re going to take some time and we’re going to review it in detail but from what we can see at this point, the commission has done as good job of keeping all the new constituencies roughly within the same population percentages,” said Patrick Bundrock, executive director of the Saskatchewan Party.