Here's when the Snowbirds will return to the skies 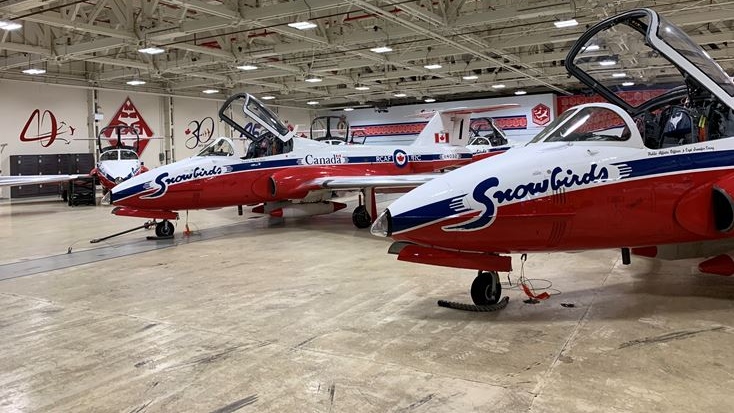 REGINA -- The Snowbirds will be back in the skies next June.

The Canadian Forces Snowbirds says the planes have returned to full operations at their home base of 15 Wing Moose Jaw, and their 2020 season will begin on June 6.

@CFSnowbirds return to operations
Season slated to begin on June 6, 2020.

Read more about their return to flying: https://t.co/IeRqinhEFY#CFSnowbirds #RCAF pic.twitter.com/t2BpB1KNfe

The squadron was grounded after a crash at an air show in Atlanta in October, cancelling the rest of the 2019 season.

The forces say the investigation into the crash is ongoing, but the "return to operations follows a thorough risk assessment process."

The 2020 Snowbirds schedule will be released on Dec. 10. It's the squadron's 50th anniversary season.