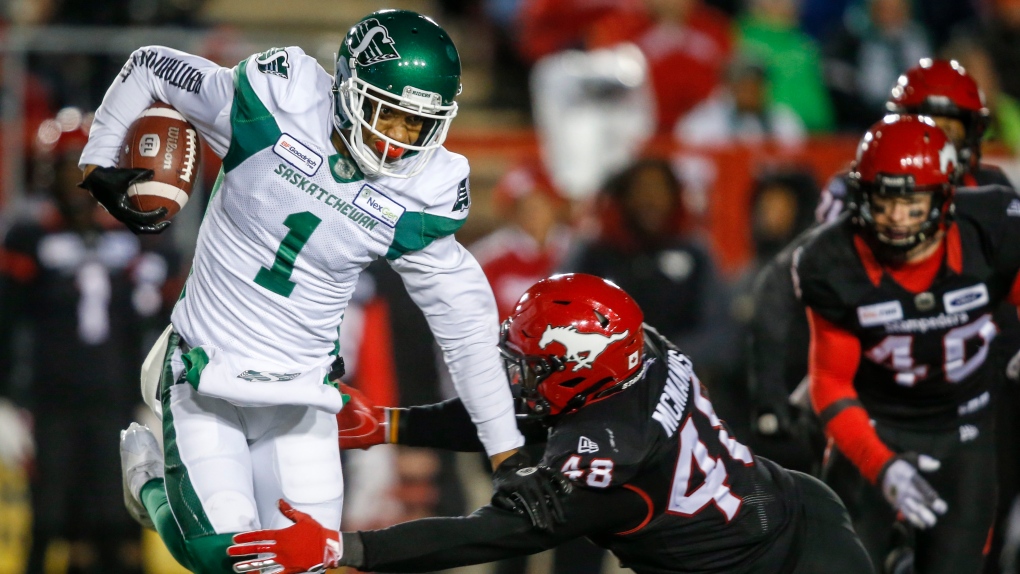 Sometimes you have a gut feel after a football game. Nothing to do with stats, or even the final score, just something deep inside that you know is the truth.

I am sort of surprised at the gut feel I have.

Despite our disappointment that the Roughriders lost 30-28 in Calgary, I am very proud to be a Saskatchewan Roughrider fan right now.

Our team lost a big opportunity Friday evening to all but sew up first in the West.

It hurts us all, especially the players and coaches.

The Roughriders played with great effort, but no cigar.

But let’s keep this narrow loss in perspective.

How close were the Roughriders compared to Calgary on Day 1 of training camp?

Not close at all. Huge gap.

It was worse than that, many prognosticators last May had the Roughies in last place.

How close were the Roughriders compared to Calgary on July 6th at Mosaic?

The two teams didn’t look like they were playing in the same league.

How close were the Roughriders compared to Calgary on Friday night?

Not quite there yet, but a helluva lot closer.

Calgary won the battle of the trenches, but not by the margin they did on July 6th.

Stamp pivot Bo Levi Mitchell is a generational talent. He was the best player on the field Friday.

His on-field accomplishments cannot be debated, in the least.

It is very difficult, at times impossible to defend Mitchell.

His release is the quickest in the CFL.

I’d rather cheer for Cody Fajardo.

Bo acted like a young child at halftime blaming the officials for favouring the Roughriders with the play calls.

He should be fined.

Honestly, I met a pre-kindergarten day care student the other day with more maturity.

How about playing more disciplined and not so dirty?

Some fans are calling for Ed to be immediately benched.

I wouldn’t go that far. Coach Craig will sit Ed down and tell him that this behavior can’t happen again, and I believe Ed will respond. He has too.

Gainey has been a tremendous Roughrider overall, let's remember that.

I don’t believe that for one second.

Calgary is fast, they are always a young fast. The Stampeder’s personnel are built for the CFL. Their back-up defensive backs were very good.

The Stamp secondary had no problem covering Rider receivers in man coverage, despite being two players down.

John Hufnagel is the best GM in the CFL. Period.

I have harped all season about Roughrider team speed. Last night you clearly saw why.

Calgary is still quicker and faster.

But I am proud to be a fan of this team. The squad leaders are top notch, Head Coach Craig, quarterback Cody, middle linebacker Solomon.

At the top GM Jeremy is a strong leader.

They have a collective character, I strongly believe in that.

I believe that come November.

I am drinking their kool-aid.