Hewitt Commentary: CFLPA out to lunch on Lawrence suspension appeal 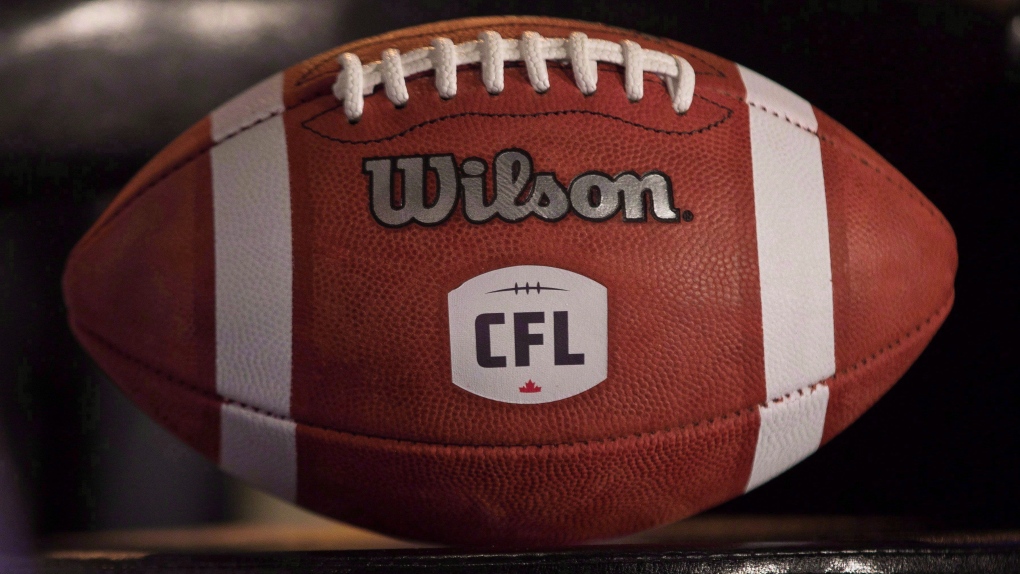 A football with the new CFL logo sits on a chair during a press conference in Winnipeg, Friday, November 27, 2015. The CFL playoffs begin Sunday and Matt Black figures it's only fitting the road to the Grey Cup begins on the same day Canada remembers those who've made the ultimate sacrifice for this country. (THE CANADIAN PRESS/John Woods)

On June 13, game one of the CFL regular season, the Saskatchewan Roughriders lost their starting quarterback Zach Collaros because of an unnecessary, vicious hit to the head by Hamilton linebacker Simoni Lawrence.

Collaros was giving himself up with a slide.

Despite his bogus denials, Lawrence clearly went to the head with intent, knowing Collaros had a concussion history. Later in the same game, Lawrence targeted the head of Rider running back William Powell.

Under the current league agreement with the players, CFL Commish Randy Ambroise handed Lawrence a two-game suspension, exactly what I expected.

The commish did the best he could under the circumstances, and we all have to accept that and move on, despite the bad taste in our mouths.

With the help of the CFLPA, Lawrence has appealed the suspension and will play this weekend against Toronto.

“The CFL is deeply disappointed that the CFLPA has decided to contest the league’s attempt to punish and deter a dangerous play. It is highly regrettable...to defend an offending player instead of standing up for the player hurt on the play.”

On Thursday, the CFLPA issued this statement:

“The Commissioner’s public attack on the process and the rights allotted to all CFL players..is both disappointing and unhelpful...both players have rights...the CFLPA will fight of all of its members.”

I did hear one rumour where the CFLPA would not file an appeal for a player. Kyries Hebert was told by the PA to serve his suspension without an appeal because he was a multiple offender.

The CFLPA has decided to support Lawrence because to date he is not a multiple offender, although he has tried to injure players before.

The CFLPA is certainly correct to the letter of the law, but the person who is correct in terms of what is ‘just’ is the CFL Commissioner.

Hits to the head are awful, but in this case it was worse than awful.

Lawrence showed no concern for a fellow teammate who had a well-known history of concussions. The CFLPA should understand that this is a particularly ugly circumstance, both for the league image and mainly for Collaros.

I would advise the CFLPA to throw the letter of the law out the window and just do what is right. Drop the appeal. There are many grey areas outside of legal agreements and this is one of them.

I don’t know how Zach Collaros is doing right now, I do know the CFLPA is out to lunch.