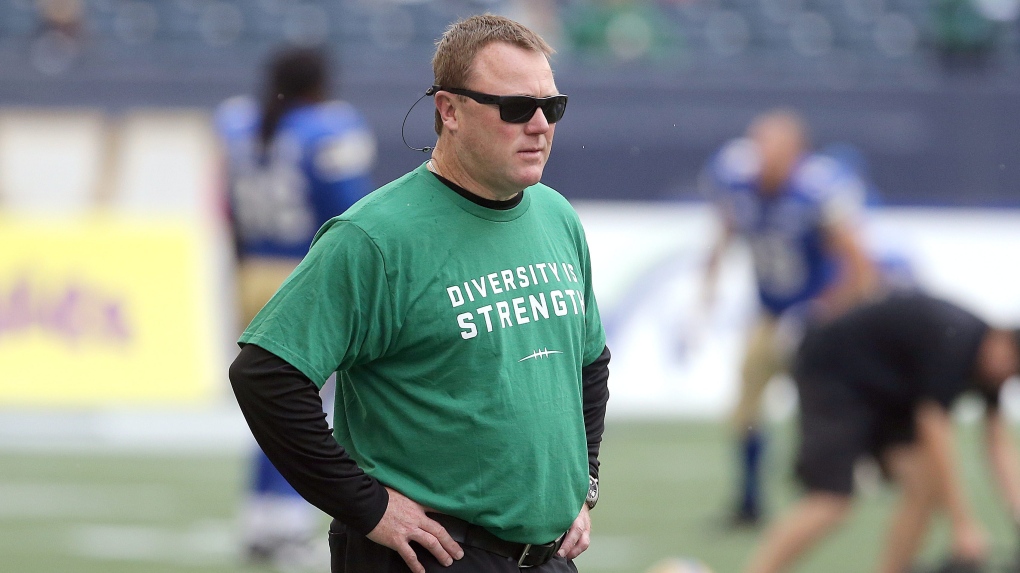 This commentary is dedicated to Weston Dressler. Man, do I miss watching that guy play football. I even liked him in Winnipeg! Weston is one of the gutsiest players to ever, ever, ever don the green and white.

Now, on to the column.

Last Saturday in Vancouver was the Jason Shivers “coming out” party, as the defensive coordinator of the 2019 Saskatchewan Roughriders.

Shivers called a brilliant game against BC, leaving Lions QB Mike Reilly in a constant state of confusion. The results spoke for themselves, as Reilly threw for a dismal 66 yards, the second-worst total of his illustrious career.

In the second game of a back-to-back, especially after winning the first, this defensive performance was particularly impressive.

For an amazing defensive result like we witnessed on Saturday, some credit should be given to former Rider head honcho Chris Jones, who clearly did a credible job tutoring Shivers in prior seasons.

Chris Jones has a brilliant defensive mind, perhaps bordering on the genius, and no one can dispute that. That’s why he’s in the NFL with Cleveland.

That said, after Saturday’s defensive showing, it officially looks like Jones has been adequately replaced at the Roughie DC position.

So, do the Riders miss Chris Jones?

In the big picture, and for different reasons, I would say a fat no.

With Jones in full charge for three seasons (2016 to 2018), as the Roughrider General Manager, Head Coach and Defensive Coordinator, there was always “drama” going on with the men in green, some drama of the needless variety, along with numerous league fines.

Soap opera distractions are not positive for any football club, for obvious reasons. While football players are indeed young, they don’t need to be starring in “The Young and the Restless”.

No one needs Victor Newman in the dressing room.

It goes with the territory, there will always be drama surrounding any professional football team, but it’s the amount and kind of drama that is at issue.

Under the new regime of Rider General Manager Jeremy O’Day and Head Coach Craig Dickenson, there is now (thankfully) less drama within team ranks and in the media. Guys are concentrating on games.

It seems, at least from the outside, like this current Roughrider squad is managed more professionally.

While wins and losses are what counts, wouldn’t a more professional atmosphere, over time, eventually translate to more victories?

I guess we’ll see, but in his three years here in Saskatchewan, Jones never lead the Roughies to a Grey Cup game, nor found a quarterback.

There are exceptions to the rule, namely John Hufnagel and Wally Buono (in his prime), but the traditional structure of a seperate General Manager and Head Coach has proven, over the long haul, to work more effectively.

How many dual roles of GM and Head Coach do you see in the NFL?

It’s been tried in that league (Mike Holmgren with the Seahawks), but didn’t work.

The GM can mainly concentrate on player recruitment and cap management, while the Head Coach can focus on game strategy and roster management.

Either of those jobs, if done well, require far more than 40 hours a week.

So as I see it, the current traditional football management structure in Saskatchewan is far better than one “super boss”.

Jones was not a Hufnagel nor a Buono, few are.

As we speak, GM Jeremy can be talking to Assistant GM Paul Jones about a fast corner currently in the Colts camp, instead of drawing up a seven-man blitz.

Right now, Coach Craig can be teaching a player about a kick-off cover assignment, instead of researching a left tackle in Arkansas.

So, do I think Rider President and CEO Craig Reynolds made a mistake after the 2015 Grey Cup with the very expensive hiring of “super boss” Chris Jones?

Tough question, there’s a lot of grey there.

It wasn’t a disaster by any means - outside of the Rider offensive debacle that was the 2018 Western Semi-Final. Jones totally delivered on defense, 100 per cent. At the time of his hiring, Jones seemed like a great idea, but, on the other hand, it was a hurried hiring, and in hindsight, more time and research prior to the hire would have been prudent.

Live and learn, and Reynolds has done just that.

This season, the Rider CEO has a better football management structure in place, with credible “managers” conducting themselves more professionally.

That works in the business world, and it should translate to the football field.

Let’s hope Jones sends us some good players from Cleveland, but fortunately, the “Peyton Place” reruns are over.